My experience attending the International Baccalaureate program in a Chicago public high school seems like a million years ago. In actuality, it was from 1993-1997. Back then, Lincoln Park High School was the only IB program in Chicago. Now there are several schools that offer IB, and more to come, if Mayor Rahm Emanuel gets his way.

As Elizabeth Brackett reports, a recent University of Chicago study found that students in IB programs are 40 percent more likely to go to college, and STAY in college, than non-IB CPS students.

When I heard that statistic, I wasn’t surprised. The academic portion of the IB program is extremely rigorous, structured and difficult. The workload is intense to say the least. We’re talking 4-6 hours of homework each night after school!

When I got to college at UCLA, it was a breeze compared to high school for me. I didn’t have as much homework as I did in high school, and because I received credits for IB and AP classes, I could have graduated in 3 years. But instead, I spent all 4 years at UCLA, taking it easy as far as my workload. I was able to take 12-14 units per quarter, instead of the standard 16-20. That freed up my schedule to take classes that I WANTED to take, like dance, acting, film and screenwriting. 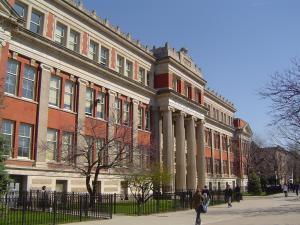 Besides the academics of IB (that focused heavily on writing and critical thinking), the program’s extracurricular requirements included volunteering for 100 hours of community service before graduation (I volunteered at the Anti-Cruelty Society,) participation in a sport for at least one year (I ran Track for 4 years,) and a creative requirement (that I fulfilled by playing the trumpet in the band sophomore year; I wasn’t very good at it!)

The structure of the IB program allowed very little freedom as far as choosing classes. We were given the choice between two competing sciences and languages, for example: Chemistry or Biology, French or German. In college, I felt liberated and had so much more freedom as far as the classes I was able to select along the way.

The IB program definitely taught me discipline, determination and the payoff of hard work. It also made me miserable and stressed me out! Between the ages of 14-18, the workload and requirements can feel overwhelming and almost impossible at times. 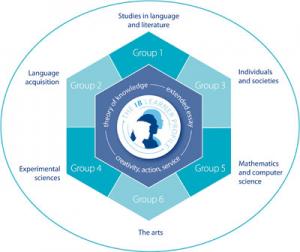 I spoke to my high school friend the other day, who also attended the IB program. His experience in high school was similar to mine in that he felt the stress and pressure made college easier. But, because of that, he said his college experience was not ideal. He got to college and had a taste of freedom, which caused him to take a break from the pressure, so to speak, and his grades suffered. He no longer wanted to focus on academics and found himself slacking off. It took him a while, but he did eventually get back on track and graduated with a bachelor’s degree.

All in all, the IB program may be too intense for some students who don’t have the support of their teachers and parents, and/or the discipline to do the work. Some students can buckle under the pressure and stress. Others may thrive and bloom in this rigorous environment. While I think it would be great to expand the program into more Chicago Public Schools, it is definitely not for everyone, and some students may get lost in the shuffle.