He took on Al Gore in the 2000 Democratic presidential primary. Former NBA great and U.S. Senator Bill Bradley joins us on Chicago Tonight at 7:00 pm to talk about the economy, the upcoming election and his new book: We Can All Do Better. Read an excerpt from the book below. 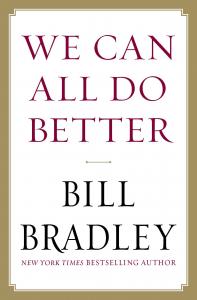 In the 21st century, the intelligence of people will determine the future. Our free society can be the magnet for some of the world's brightest minds if we deliberately, carefully, and intelligently open ourselves up. Lee Kuan Yew, the former Prime Minister of Singapore, has said that while China has a talent pool of 1.3 billion people, the U.S., given its history openess, can draw talent from all 7 billion people in the world. We should welcome the arrival of doctors, scientists, writers, mathematicians, computer specialists, language teachers, and other such talented professionals from abroad. Anytime a foreign student gets an advanced degree from an American university, he or she should automatically get a green card. We should also be open to those with entrepreneurial spirit who have the resources and want to start a business. Finally we should welcome not just the brightest or those with resources but also, as we always have done, those in limited numbers who just want a better life and show the ambition to seek it here. Surely, in a land as large as ours, we can make room for the energy, drive, and optimism that immigrants bring to our shores.

Ever since the Great Depression, the economic prospect that has most terrified policymakers has been a labor surplus -- unemployment. Even now, when unemployment remains at an unacceptably high level, it's difficult to imagine that within fifteen years we will have a labor scarcity. The magic number needed to maintain a stable population is 2.1 children per woman. In 2010 we were at 1.93. As baby boomers retire over the next decade, we will need new workers to make the economy grow, pay the Social Security and Medicare taxes necessary to fulfill our promises to the elderly, and produce the goods that they will demand. We either increase our birth rate, or accept more immigrants, or settle for slower economic growth. Look at Japan or Russia, which are both losing population because of low birth rates and hardly any immigration. They are committing slow-motion national suicide. Demographics don't lie. 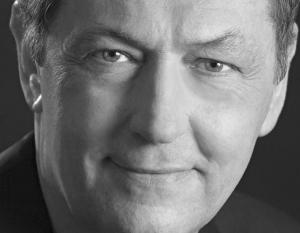 Since passage of the Immigration and Nationality Act in 1965, which abolished the national origins quota system, the face of immigration has changed; there are fewer Europeans and more Central Americans, Asians, and Africans. We have absorbed these immigrants into our larger culture with a minimum of negative repercussions. When I heard a recent radio interview with Linda Sarsour, an Arab-American woman preparing to run for the New York City Council from a Brooklyn district that is heavily Moroccan, Algerian, and Palestinian, I was moved by her obvious devotion to the sense of possibility that is the birthright of all Americans. Newcomers have always added value to America. Look at New York or Jersey City or San Jose or Houston or Miami or Chicago in the last thirty years; each has been revitalized by immigrant communities who have come to America to build lives they couldn't lead in their homelands. A Silicon Valley entrepreneur I know, a Pakistani Muslim married to a Hindu woman from India, once remarked to me, "Where else in the world but America could we be happy and accepted?"

Our history shows that each wave of immigrants added definition to what it meant to be an American. America is not static but constantly changing. Having overcome the deep racism of its history and integrated successive waves of immigrants, the United States, more than any other country, should welcome the pluralism that is growing in the age of the Internet and whose successful management could inspire admiration around the world.