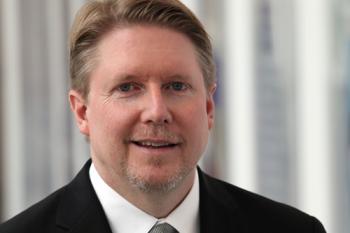 Hamm created the country's first masters degree in sports journalism at Indiana University, according to a Medill press release, and focused heavily on increasing study abroad opportunities for student journalists. Study abroad programs for journalism students tripled under his tenure, according to the release.

Before Indiana, Hamm was associate dean of Elon University's School of Communications in North Carolina.

Faculty are impressed with Hamm, who met with some professors Wednesday, before the announcement.

"He doesn’t come in with a particular set of preconceptions of what the right thing to do is at Medill," said Rich Gordon, a Medill professor and director of digital innovation. "He’s not coming in saying, 'we need more digital,' or 'we need to go back to basics.'"

Instead, the school found someone with a track record of productively leading schools to which he had no past connections, Gordon says.

At the morning announcement, Northwestern Provost Daniel Linzer emphasized that the future of journalism was uncertain, but Medill needed someone who could handle the changing media landscape.

"Our world has transformed and there's no sign of that abating," said assistant professor Patti Wolter. "There seems to be genuine excitement around here about [Hamm]. We have been responsible for teaching students about a profession that for over a decade has had people sounding the death knell...To hear excitement around the halls about our new leader is invigorating. That's the sun shining."

Hamm replaces Lavine, who oversaw the school's controversial Medill 2020 plan, which incorporated marketing communications into the school's curriculum and name.

Lavine also had public spats with David Protess, former head of the renowned Medill Innocence Project. Protess uncovered that Lavine had fabricated a student quote in an article Lavine wrote for the school's alumni magazine, dubbed by The Daily Northwestern as "Quotegate." Lavine was later cleared by a panel of professors.