Few people can claim to be the inspiration of a rock and roll musician's ballad. Not so for singer/songwriter Ezra Furman's longtime fans.  A few years ago, when Furman was lead singer of Ezra Furman & The Harpoons, the Evanston native offered to write customized songs for fans who ordered the band's first album, Moon Face. He instructed those interested to send him a passage or directions for a song. Then, armed with nothing but an acoustic guitar and a computer microphone, he'd compose personalized songs based off the submitted material.

Chicago Tonight spoke with Zack Teibloom, one of Ezra's fans, about his personal song.

How did you first hear about Ezra?
I had a friend who was his publicist. She told me to come out to see the show when he was doing a John Lennon show, covering Plastic Ono Band. It was in Chicago and he had a weekly residency there. Loved the show and saw him next four weeks in a row.

How did you come to hear about Ezra’s personalized songs?
After I saw him a few times, I started following him on Facebook, Twitter, and through his e-mailed newsletter. I would guess the e-letter is where I heard about the project.

And what passage did you send him?
I actually didn’t send him a passage, per se. I had gone to Ezra’s house to interview him a few months before he was going to write the song. (Zack runs the blog festivalcrashers.com.) He knew me pretty well at that point, so he didn’t really get dressed or prepare for it or anything. He did the whole interview, did the whole thing with a blanket wrapped around him.

So he wrote the song off that interview?
Pretty much. I thought he was going to have me submit something, but he said, “I know you well enough to come up with something of my own.”

Was that surprising?
It impressed me. He made it this grand tale of me knowing the band and writing about them. I went to his house at 2 in the afternoon and he wasn’t even dressed yet, and I liked that he turned it into a story.

What was your reaction to the song?
I was so ecstatic that he spent the time writing it and that it was so personal. It was something that I wanted to share with my friends and family immediately.

What did it mean to you personally?
I always wanted to be friends with him. It made me feel a deeper connection with the band, that he took the time to do this. It’s like I have a memory of getting to know the band and being one of the first people to like them.

Visit the Audio Attachments below to listen to Zack Teibloom's song, as well as two songs off of Ezra's new solo album, The Year of No Returning. And watch Chicago Tonight at 7:00 pm to see an interview and performance by Ezra Furman. 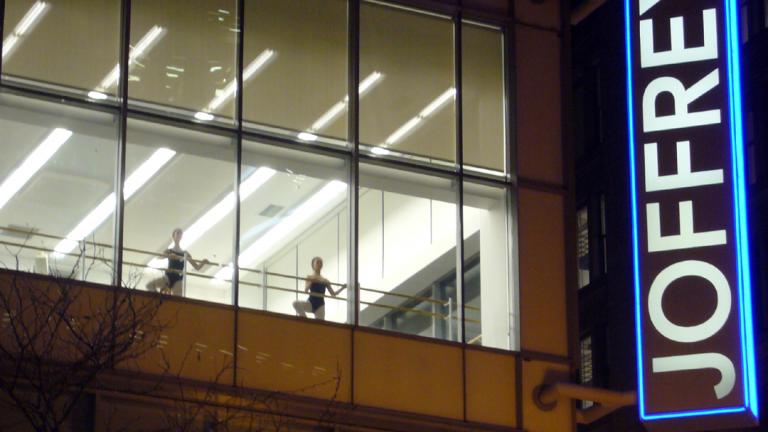