Being Shakespeare at Broadway Playhouse
After runs in London and throughout the UK, Jonathan Bates’ Being Shakespeare comes to the Broadway Playhouse in downtown Chicago for a two-week stint. British film and stage actor Simon Callow stars in the one-man biographical play about the renowned playwright, which is being presented by Chicago Shakespeare Theater. Callow doesn’t actually play Shakespeare himself, but through a combination of narration and excerpts from the literary figure’s well-known plays and poems, Callow paints a portrait of Shakespeare’s life. Tickets are $48-$63. The show runs through April 29. Watch Callow discuss the role on Chicago Tonight.

The Iceman Cometh at Goodman Theatre
Eugene O’Neil’s The Iceman Cometh kicks off its run at the Goodman this weekend with some theatrical heavy hitters taking the stage. Set in the early 1900s, the play stars two-time Tony and Emmy Award winner Nathan Lane (The Producers, Guys and Dolls) as Hickey, a traveling salesman who’s turned over a new leaf in sobriety and wants his raucous, whiskey-loving barfly friends to follow suit. Two-time Tony award winner Brian Dennehy, (Death of a Sales Man, Tommyboy), who played the roll of Hickey in an earlier Goodman production of The Iceman Cometh, returns as Larry Slade, an old anarchist. Clocking in at four-and-a-half hours, The Iceman Cometh is nothing less than a time commitment, but the chance to see these two actors take the stage together makes Iceman worth the time block. Robert Falls directs. Tickets are $39.50-$105.50 and the play runs through June 17.

Chicago Latino Film Festival
The two-week festival enters its final week of screenings with a handful of films worth checking out. On Friday, the festival hosts its second showing of Captains of  the Sand, a Brazilian drama based on a novel by Jorge Amado that features music from 2012 Academy Award nominee Carlinhos Brown (Rio). Puerto Rican thriller Under My Nails, which won an award for Best Actress at last year’s San Juan International Film Festival, shows on Saturday. In addition to the films, CLFF is honoring Catalonian director Ventura Pons with this year’s Gloria Career Achievement Award. His 2001 film, Anita Takes a Chance, shows Sunday. All films will be shown in their original languages with English subtitles, unless noted otherwise. Tickets are $11 per screening, and $100 for a 12-ticket festival pass. 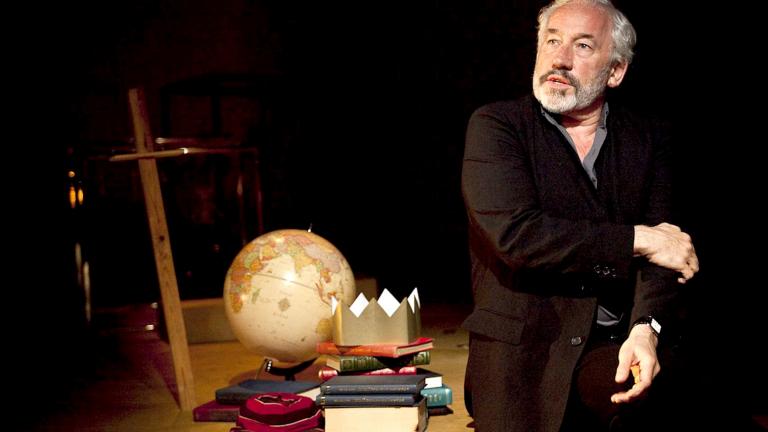 Simon Callow on "Being Shakespeare"