David Petraeus has been called the most influential military leader of his generation. We talk about the forces that shaped him with Paula Broadwell, the author of a new biography, All In: The Education of General David Petraeus, on Chicago Tonight at 7:00 pm. The following is an excerpt from the book. 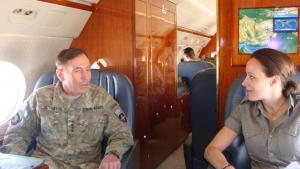 Secretary of Defense Robert Gates landed in Afghanistan on Dec 7th and after a battlefield circulation to see tough fighting in the east, met privately with Petraeus, his partner now in two troubled wars. It had been a year since Obama committed to a troop surge in his address at West Point, and it felt like there was a new momentum, including progress in Kandahar and Helmand, even if conditions on the ground at some places remained violent and dangerous. Gates said progress in the war was exceeding his expectations. But, he paused, he had difficult news to relay to Petraeus about the one job in the military in which Petraeus was interested—chairman of the Joint Chiefs of Staff.  “Forget about it,” Gates said. “It wasn’t happening.”

Petraeus’s mind whirled, even though, as he’d told a close friend, he’d had distinctly mixed feelings about the position. Nonetheless, being told it was out of the question stung. He wasn’t nearly ready to retire. But, the jobs Gates mentioned—chief of staff of the Army or NATO’s supreme commander in Europe—while very important and prestigious, no longer held the allure they once had for Petraeus. He wanted to stay more directly engaged in the fight against al-Qaeda and the extremists who threatened the United States and its allies—the effort to which he had devoted virtually the entire past decade. As always, he was intrigued by the prospect of something new. “What about the CIA?” Petraeus asked.

Petraeus knew how important the agency was in fighting terrorism and told Gates he thought he could contribute as its director. In fact, he had been thinking about it for some time. Gates was enthusiastic. He had served as the agency’s director after a long career with the agency. He thought Petraeus would be a superb choice to replace Leon Panetta, who likely would be a candidate to replace Gates as Defense secretary the following summer. While they had no sense of this at the time, their conversation would come to influence both the arc of the war in Afghanistan, which Petraeus would leave sooner than he wanted, and that of the ongoing war against al-Qaeda and other Islamist terror groups, which Petraeus wanted to help prosecute as director of the CIA. Gates took that option back to the White House and, according to one of Gates’s aides, relayed to Petraeus that the president had been intrigued by the idea. Although he and Gates periodically revisited the idea, Petraeus wouldn’t discuss it face-to-face with Obama until he returned to Washington for testimony in March.... 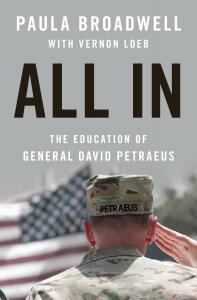 When Petraeus returned to Washington in March for testimony, he was summoned to the White House where Obama welcomed Petraeus with a firm handshake. They once again sat down one-on-one next to each other in the same two armchairs in which they’d sat in late June 2010, when the president asked Petraeus to go to Afghanistan. Obama observed that the hearings on Afghanistan that week had seemed to go well. According to aides briefed after the meeting, he then raised the issue most on Petraeus’s mind. He noted that he had, for some time, been “intrigued” by the notion of making Petraeus the director of the CIA. He told Petraeus he thought he would be a great director. There was no better place than the CIA, Obama said, for Petraeus to continue to contribute to the missions in which he’d been engaged throughout much of the past decade. Petraeus’s field experience, including that with the intelligence community in Bosnia, Iraq, Afghanistan and the greater Central Command theater, and his intellectual acumen seemed to make him a natural fit.

Obama added, however, that he thought that Petraeus should run the agency as a civilian. The CIA wasn’t the military, and Obama was sensitive about the already blurry lines between the two. Having Petraeus in uniform would only further confuse the matter, especially when he traveled to the CENTCOM area and met with national leaders. Petraeus said he understood completely and had already discussed the issue with Secretary Gates and decided that he would retire from the military if off ered the job. He told Obama that he thought taking the uniform off would send a powerful message to the CIA workforce. Obama agreed. They then discussed how Obama felt the CIA director should operate. He thought the director should represent the agency’s analysts’ positions on issues, but Obama would welcome Petraeus’s personal views on occasions when they might diff er somewhat from those of the analysts. Petraeus agreed, and Obama closed the conversation by saying he needed to discuss Petraeus’s selection with others and he would finalize the decision in the weeks ahead.

Months later, in late April, the President met with Secretary Gates to discuss the CIA position and then, after further discussion in the White House, Gates called Petraeus to tell him that the President planned to nominate him and the President wanted Petraeus back in Washington for the announcement.  Late the next night, Obama called Petraeus himself and formally offered him the job.  Petraeus didn’t share the conversation or the news with his team, they just knew they would be boarding a plane in less than a day for the flight home. While the news spreading all over Washington, Team Petraeus geared up for another trip. They departed from Kabul on April 27 for an eight-hour flight to Ramstein Air Base, in Germany. Petraeus went for a run while the plane refueled, then flew for another eight hours to Andrews Air Force Base, outside Washington. After the announcement was made the next day in the White House, Petraeus’s team returned directly to Kabul.  By the end of the trip, he had spent more time in the air than on the ground in Washington. 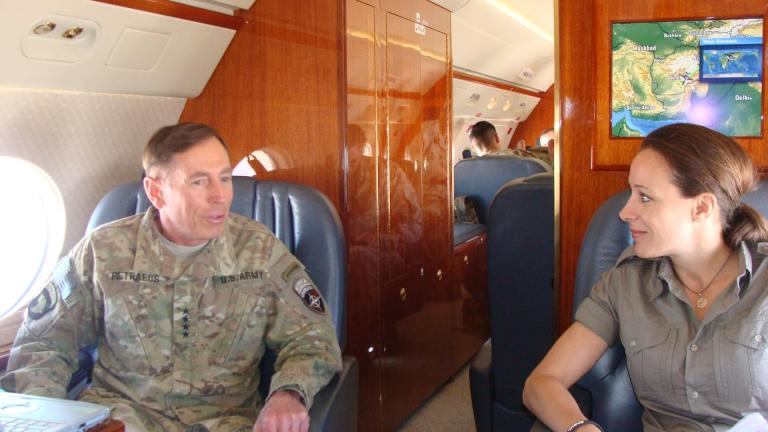