It’s a cold December day outside of Macy’s on State Street. Artist Christopher Drew is wearing a poncho containing several small patches of artwork. He wants to sell them for $1 each. He knows what he's doing is illegal, and wants to use his arrest to protest the city law that requires him to have a permit. A few feet away, a friend of his captures the encounter on videotape. Watch the video below.

“You can't be selling that stuff here…” a Chicago police officer told Drew.

“He turned to me and told me that it was illegal to sell anything in this spot, and that I'd have to leave,” said Drew. “And I said, what about my first amendment rights to sell art in public? He said, ‘I don't want to argue that, you're breaking the law.’”

Drew admits that the police were cordial and professional with him. But in one of his pockets, Drew carried a recording device and caught the whole encounter himself. 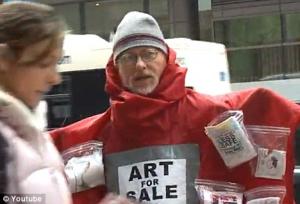 “I wanted to have evidence of what the officer said to me in public because I never know what happens, he could've arrested me for anything, for something O wasn't even doing like disrupting the public,” said Drew.

The police found Drew's recorder. They immediately dropped the misdemeanor peddling charges and booked him for a felony: eavesdropping.

“This was a public conversation with a police officer on duty,” said Drew. “How could we not have the right to bring this evidence into court? I was amazed they could even write a law like this.”

Illinois is one of 12 states where it is illegal to record someone else’s conversation without their consent. The law only applies to audio recording. Drew's friend who shot the video was not arrested.

If convicted, an offender can get up to three years in prison for recording another civilian. When it involves law enforcement, the penalty becomes stiffer. If convicted, Christopher Drew faces up to 15 years in jail.

Harvey Grossman is the president of the ACLU of Illinois. He says the law gives police too much protection.

The ACLU unsuccessfully sued the State's Attorney's office to allow eavesdropping of police officers while they're on duty. The case is now before a court of appeals.

“We believe, as much as the press asserts, that there's a right to collect information, gather information,” Grossman said. “We're free to photograph police officers and civilians in their actions, free to listen and take notes. The only thing we can't do is record them with an audio device.”

Harold Krent is an expert on first amendment law.

“There are reasons to say, ‘no, we don't want people following police with microphones’, even though it is inevitable with the state of technology in our society,” said Krent.

He says the eavesdropping statute has practical applications, and was enacted to keep gang members or other criminals from spying on cops and getting information that could compromise an investigation.

“We need to make sure that when police act, they can do it in some kind of secrecy, and not have that relayed back to gang members, co-conspirators, someone else,” Krent said. “So it’s to protect the integrity of these investigations.”

“I don't see any reason that this law is in place, other than to stop people from recording police officers and holding officers accountable for misconduct,” said attorney Robert Johnson. 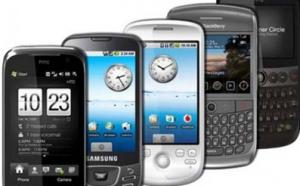 Johnson represents Tiawanda Moore. Moore was arrested for eavesdropping after she tried to file a complaint against a police officer who she says fondled her and gave her his phone number. Internal Affairs officers interviewed her and tried to persuade her not to file the complaint.

“Officers stood up, shut the door, and said, ‘sit down.’ The only thing she had was her cell phone, so she decided to record,” said Johnson.

Moore pressed record on her Blackberry because she says she wanted to document what was happening.

On the recording, the following was audible: “I think it’s something we can handle without having you to go through this process. We think, what we’re willing to do is, I think that we can guarantee that this won’t happen to you again.”

Moore won her case based on an exception to the law. It allows someone to record a conversation if that person believes a crime has been or will be committed against them.

“A crime was committed when she wasn’t allowed to leave the room,” Johnson said. “It was unlawful restraint.”

Johnson says Moore moved out of state because of her experience, and says she could sue the police department.

“This shouldn’t be happening to people, and you would think we’d be a little sensitive to how women are treated by the Chicago Police Department,” Johnson said.

“The penalty, I mean, if you had certain amounts of cocaine, you wouldn’t get these kind of penalties,” Johnson said. “And I don’t understand what the danger is. It seems like drug dealers are more a danger to the public than taping a police officer doing his job.”

Last month, a Loyola professor filmed police arresting a turnstile jumper on the CTA. The professor was not arrested, but the video was detained and erased.

The Illinois Bar Association is proposing an amendment to the eavesdropping law to make it legal to audio record police activities.

What are your thoughts about the Illinois law that makes the creation of some audio recordings a felony? Post your comments below or sound off on our discussion board! 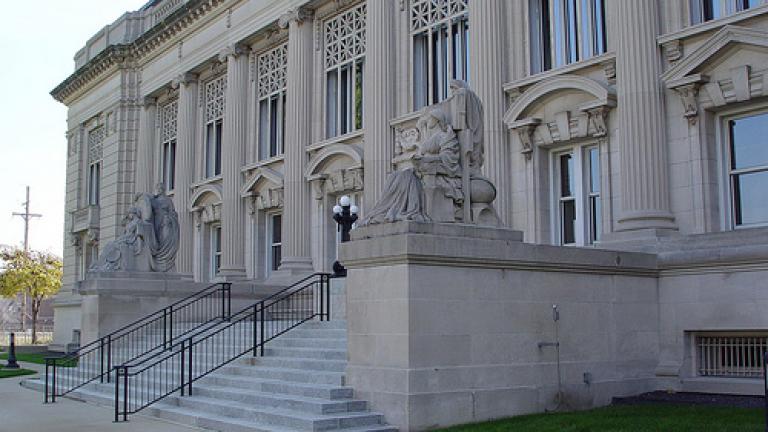