An Explosion of Growth 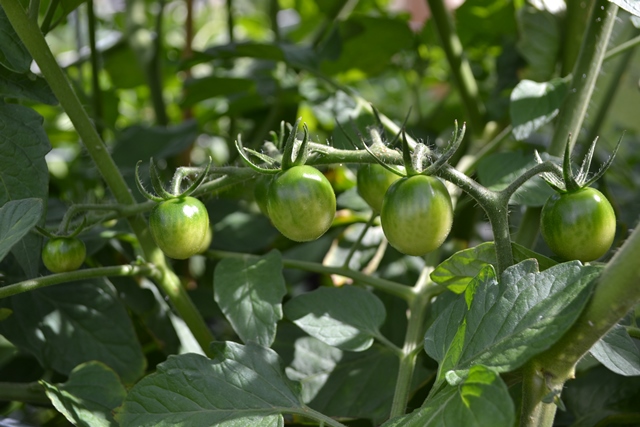 Last week, we posted several time lapse GIFs of our garden showing its growth over a month.

While most days it doesn’t seem like the crops grow very much, looking at the garden it seemed like many of the crops experienced a growth spurt overnight.

Since it was raining when I arrived yesterday, I didn’t have the opportunity to thoroughly inspect the garden like I did today, moving leaves of plants and ducking between crops to get a closer look.

Peeling back the leaves of the eggplant, I got an eyeful. The eggplants I photographed one week ago more than doubled in size. Take a look. 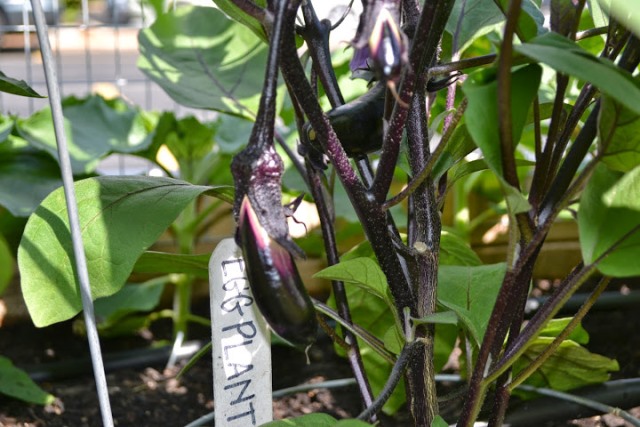 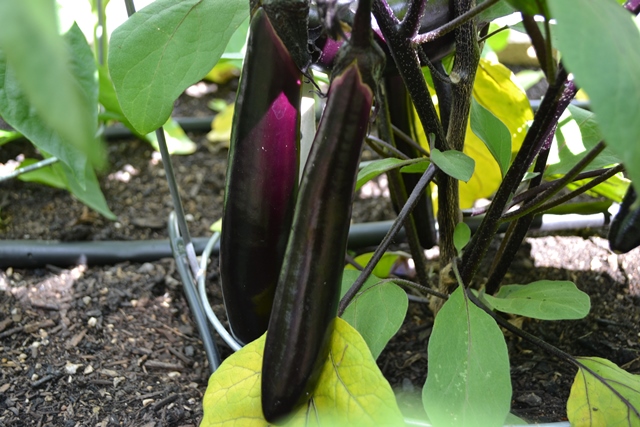 And the peppers that recently popped up also grew considerably from last week. 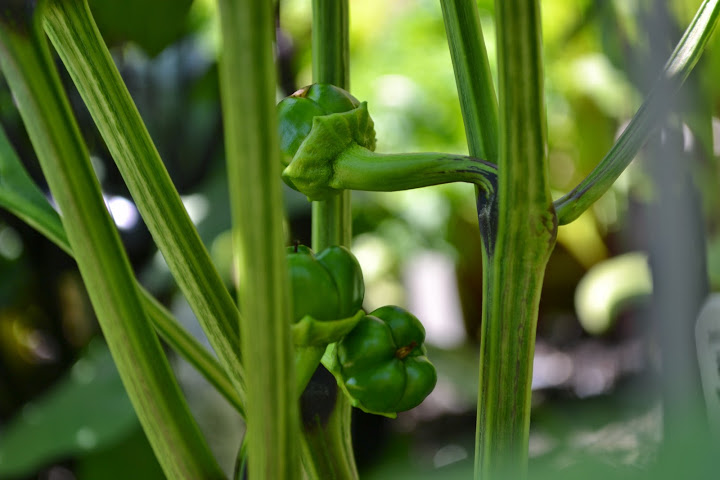 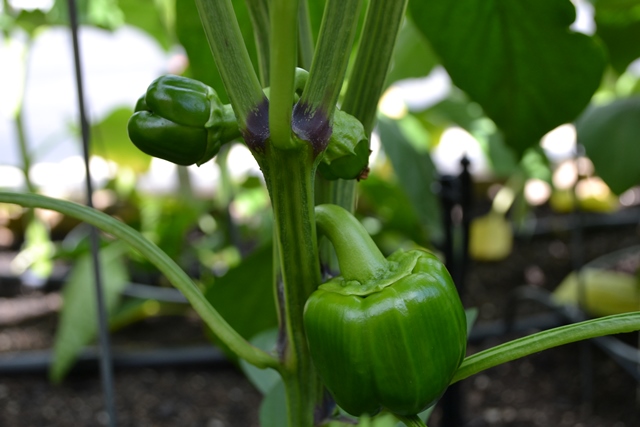 In addition to crops increasing in size, there has been an increase in quantity of crops, too. Each of our four tomato plants have at least a dozen tomatoes growing on them.

Taking a closer look at our edamame plants, I saw lots of tiny lilac flowers growing. Flowers were also spotted on our Haricot Vert, which had struggled for a while due to overcrowding by our nasturtiums. But it appears that problem has been resolved as the French filet beans are sprouting.