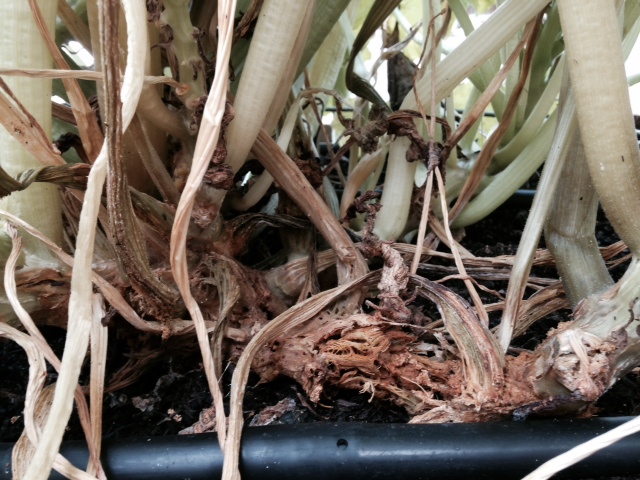 Approximately two weeks ago, the zucchini plant began developing powdery mildew, which according to The Organic Gardener crew was normal due to the weather conditions.

Despite the disease, the plant continued to produce sizable zucchini, and it continues to even though the plant itself is looking a little beat up.

During The Organic Gardener’s last visit, I inquired about the health of the zucchini plant, which at the time had only a few brown leaves and sagging stems. The crew members said the plant’s dead and dying leaves could be due to another harmful insect—a squash vine borer.

According to the National Gardening Association, squash vine borers will tunnel into the stems of a plant, causing sudden wilting of all or part of the plant. That description matches what has happened to the zucchini plant.

Despite the wilting of the stems, the zucchini plant still produces sizable zucchini. We’ll dig deeper into this issue when Jeanne Nolan visits at the end of the week.