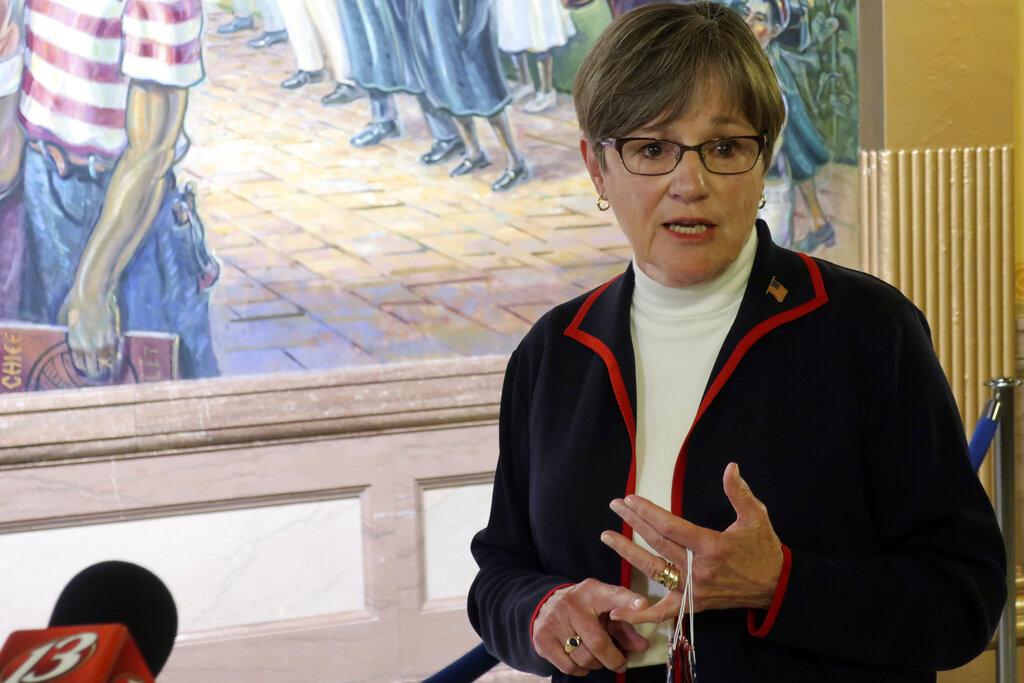 Kansas Gov. Laura Kelly answers questions from reporters about the coronavirus pandemic after a meeting with legislative leaders, Thursday, July 2, 2020, at the Statehouse in Topeka, Kan. (AP Photo / John Hanna)

TOPEKA, Kan. (AP) — A weekly Kansas newspaper whose publisher is a county Republican Party chairman posted a cartoon on its Facebook page likening the Democratic governor’s order requiring people to wear masks in public to the roundup and murder of millions of Jews during the Holocaust.

The cartoon on the Anderson County Review’s Facebook page depicts Gov. Laura Kelly wearing a mask with a Jewish Star of David on it, next to a drawing of people being loaded onto train cars. Its caption is, “Lockdown Laura says: Put on your mask … and step onto the cattle car.”

The newspaper posted the cartoon on Friday, the day that Kelly’s mask order aimed at stemming the spread of the coronavirus took effect. It’s drawn several hundred comments, many of them strongly critical. Dane Hicks, the paper’s owner and publisher, said in an email to The Associated Press that he plans to publish the cartoon in the newspaper’s next edition Tuesday.

Kelly, who is Catholic, issued a statement saying, “Mr. Hicks’ decision to publish anti-Semitic imagery is deeply offensive and he should remove it immediately.”

But Hicks said in an email that political cartoons are “gross over-caricatures designed to provoke debate” and “fodder for the marketplace of ideas.”

“The topic here is the governmental overreach which has been the hallmark of Governor Kelly’s administration,” he said.

As for the cartoon’s reference to the Holocaust, Hicks said critics of President Donald Trump have compared him to Adolf Hitler, and, “I certainly have more evidence of that kind of totalitarianism in Kelly’s actions, in an editorial cartoon sort of way, than Trump’s critics do, yet they persist in it daily.”

Hicks’ newspaper is based in the Anderson County seat of Garnett, about 65 miles (105 kilometers) southwest of Kansas City and has a circulation of about 2,100, according to the Kansas Press Association.

But Kuckelman, also an attorney, added, “it is on the newspaper Facebook page and media has wide berth with (the) First Amendment (to the U.S. Constitution, guaranteeing freedom of speech and the press).

Critics of the cartoon demanded that Republican Party and GOP legislative leaders to repudiate the cartoon and Hicks.

Rabbi Moti Rieber, executive director of Kansas Interfaith Action, said most if not all comparisons of current political events to the Holocaust are “odious” and said it’s “incoherent” to equate an action designed to save lives with mass murder. Finally, he said, putting the Star of David on Kelly’s mask is anti-Semitic because it implies “nefarious Jews” are behind her actions.

“This thing is like the trifecta of garbage,” Rieber said.

Hicks said that if Holocaust survivors, their relatives or other Jews are offended, he would apologize to them because he means “no slight to them.”

“Then again, they better than anyone should appreciate the harbingers of governmental overreach and the present but tender seedlings of tyranny,” he added.

Hicks also derided some of his social media critics as “liberal Marxist parasites,” adding, “As a traditional American, they are my enemy.”

“America is better than this,” he wrote:

Another disgusting display by ignorant Republicans who fail to understand that their propaganda is costing lives.

I helped build the Illinois Holocaust Museum to fight exactly this kind of hate.

America is better than this. https://t.co/ITa4sTSoEc

Some Republicans have criticized Kelly’s order as infringing on personal liberties, though Kansas law allows counties to opt out and Anderson County has done so.

The governor issued the order because of resurgence in reported coronavirus cases that increased the state’s total to nearly 16,000 as of Friday, when Kansas finished its worst two-week spike since the pandemic began. The state has reported 277 COVID-19-related deaths. The number of infections is thought to be far higher because many people have not been tested, and studies suggest people can be infected with the virus without feeling sick.

Hicks previously criticized Kelly in a blog post for taking a “one-size-fits-all approach to reopening what he called the state’s “bureaucracy-hammered” economy.

Kelly lifted statewide restrictions on businesses and public gatherings on May 26 after weeks of criticism from the Republican-controlled Legislature that she was moving too slowly to reopen the state’s economy. Some conservative GOP lawmakers also have accused her of being heavy-handed and even dictatorial in responding to the pandemic.

Anderson County, with about 7,900 residents, is part of a conservative swath of eastern Kansas. Registered Republicans outnumber Democrats 2-to-1 and Trump carried it with nearly 73% of the vote in 2016.

The state health department has reported only four coronavirus cases for Anderson County, all of them since May 8. There have been no reported deaths there.

County Commission Chairman Jerry Howarter said of the more than 70 people who showed up to its meeting on the mask mandate Friday, all but one opposed it. He said he had not seen the cartoon. 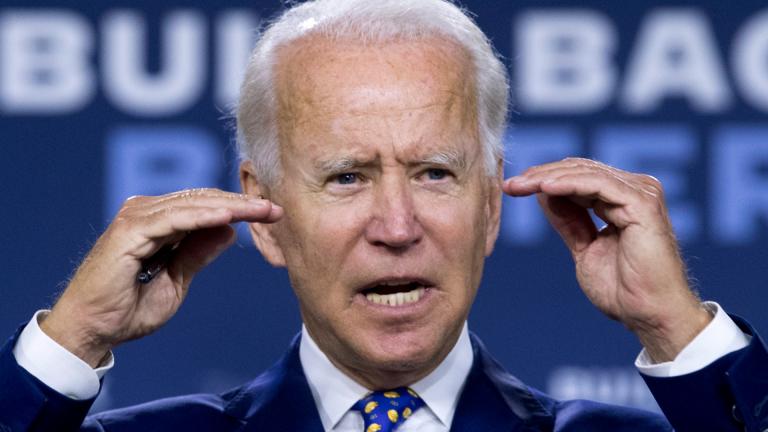