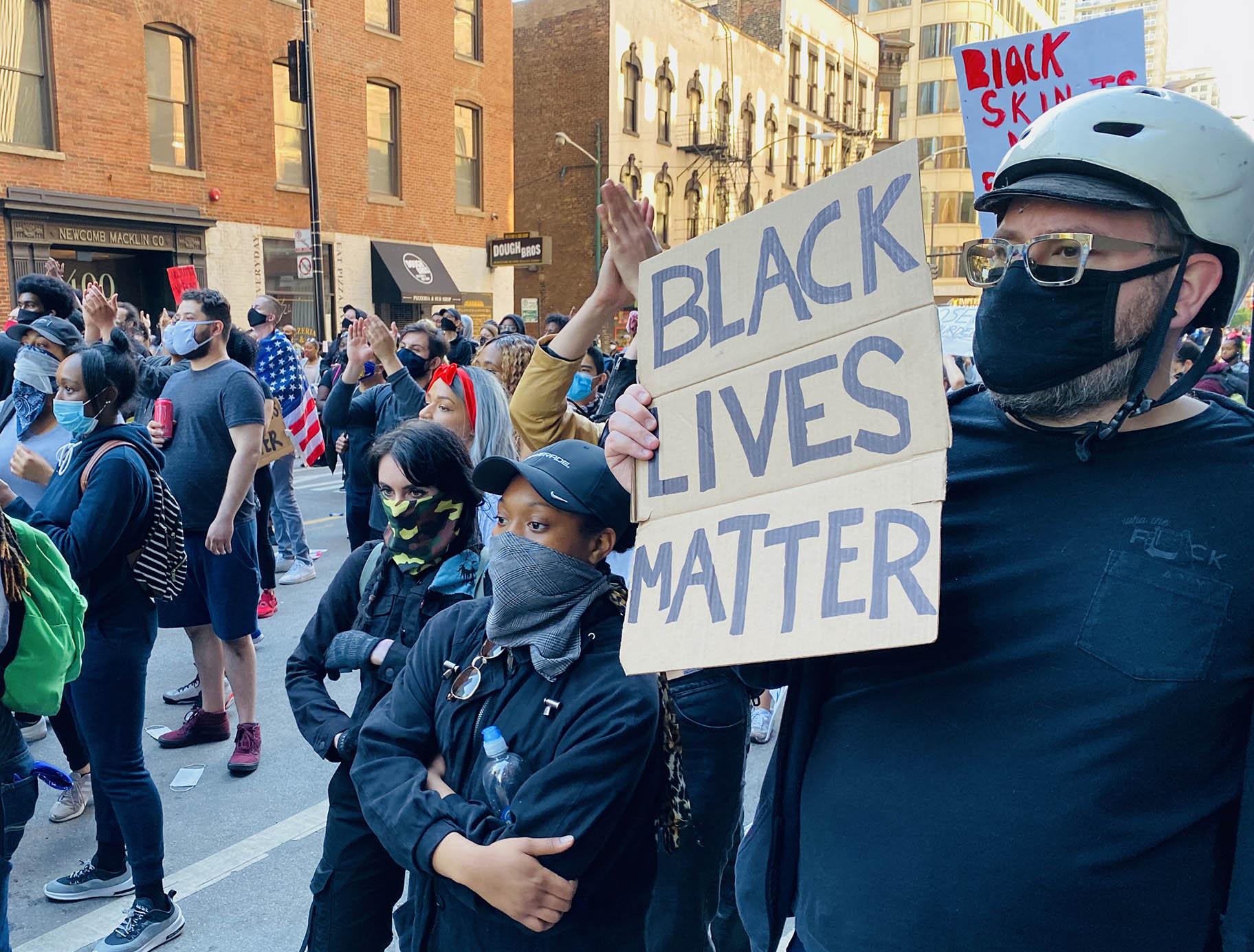 Protesters gather in Chicago on Saturday, May 30, 2020 following the death of George Floyd at the hands of Minneapolis police. There are now several pending attempts to trademark the phrase “Black Lives Matter.” (Hugo Balta / WTTW News)

Black Lives Matter is a burgeoning cultural and political movement — and it appears that people are ready to cash in on it.

Several applications pending with the United States Patent and Trademark Office filed in June seek to trademark “Black Lives Matter” for use on clothing, footwear, hats and athletic uniforms. Others seek to trademark the phrase for use on jewelry, stickers, binders or mugs.

The $225 baseline fee the applicants had to pay may well be a waste.

“The phrase ‘Black Lives Matter’ is not currently registered and I don’t believe has ever been registered,” said Chicago intellectual property attorney Liz Brodzinski, a shareholder at law firm Banner Witcoff.

In October 2017, the agency declined an application by Delaware’s Black Lives Matter Network, Inc. for a trademark of #BLACKLIVESMATTER because the applied-for mark “is a slogan or term that does not function as a trademark or service mark to indicate the source of applicant’s goods and/or services and to identify and distinguish them from others.”

Brodzinski said it’s a rare reason for a rejection.

“It’s actually very interesting,” she said. “I had not previously seen this rejection before.”

Brodzinksi said the point of trademarks is to avoid consumer confusion.

Federal trademark officials “want to make sure that when a trademark is registered and used it doesn’t make consumers confused about the source of whatever the trademark is being used for,” she said. “That obviously inures to the benefit of the trademark holder but it helps consumers feel safe in the marketplace, when they’re getting a certain product with a trademark on it they know what that means.”

Think trademarks for Disney. Ford. McDonald’s. (But not “cartoon,” “automobile” or “burger.”)

Limiting the ability of people to use the phrase Black Lives Matter “takes away from the public discourse,” she said.

Brodzinski said it likely would have been a different story had one specific entity immediately moved to trademark “Black Lives Matter” years ago, when it began to enter the public discourse.

“If it was just one group at the beginning that was using that message, they could at that time have probably received a registration or at least had their application successfully accepted because the examiner at the trademark office would have searched around, found that … it points to this organization when people use it so it’s OK to give them the rights,” she said. “It might have happened. It’s hard to say.”

“Right now any examiner is going to know that ‘Black Lives Matter’ is all over the place,” she said.

However, even if granted, there’s a time limit, and entities often end up abandoning their trademark bids during the administrative or application process upon initial pushback.

It’s up to the trademark holder to enforce their rights; a registered trademark does not stop anyone else from using the mark.

It’s up to, say, Disney, Ford and McDonald’s to handle monitoring and enforcement.

“In instances like this the whole point, if everyone is being altruistic, is to support this cause,” Brodzinki said. Enforcing a trademark could be seen as working against the goal of spreading the BLM cause.

Contrast that, Brodzinzki points out, with President Donald Trump’s success trademarking the “Make American Great Again” slogan, which originated with his campaign and is singularly attached to it – even as other “Make America …” phrases are not.

Outside of the federal trademark office, entities can register trademarks with states.

A search of Illinois’ official database shows that the Black Lives Matter-Springfield group succeeded last October in registering its logo — a light gray fist overlaid with a black silhouette of the state capitol above the words – each on its own line – “Black Lives Matter Springfield.”

The group’s Illinois trademark registration runs through fall of 2024, but it’s unclear to what effect.

According to Brodzinski, the group could technically stop others from using the mark via a state lawsuit, but “in a lot of states they don’t have a robust prosecution process.”

Unsuccessful trademark bids don’t mean there will be a halt in Black Lives Matter as a hashtag, or in its use on shirts, baseball caps, art or countless other items.

It’s actually the opposite.

“You don’t need a registration to use something,” Brodzinski said. 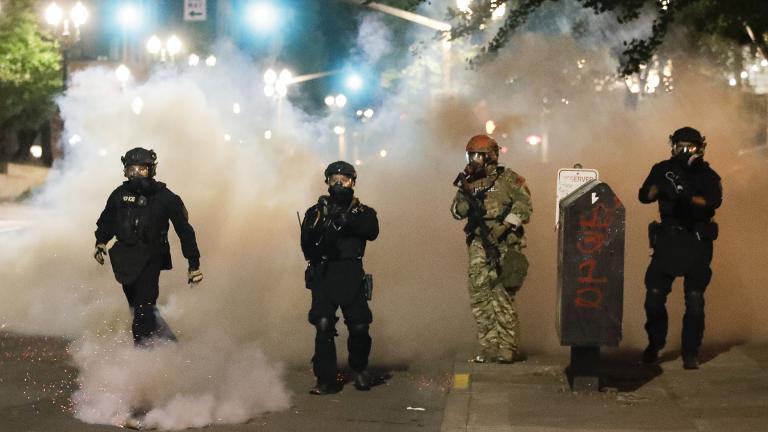 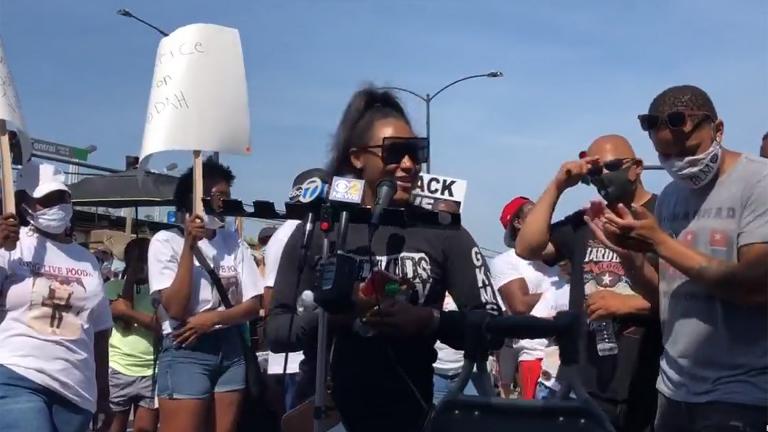 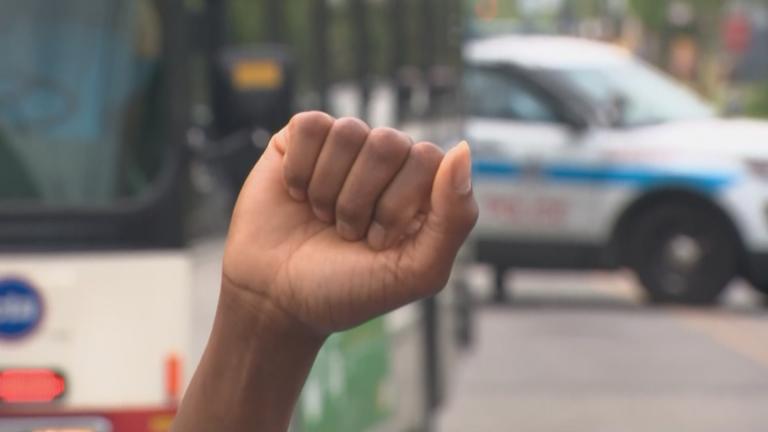 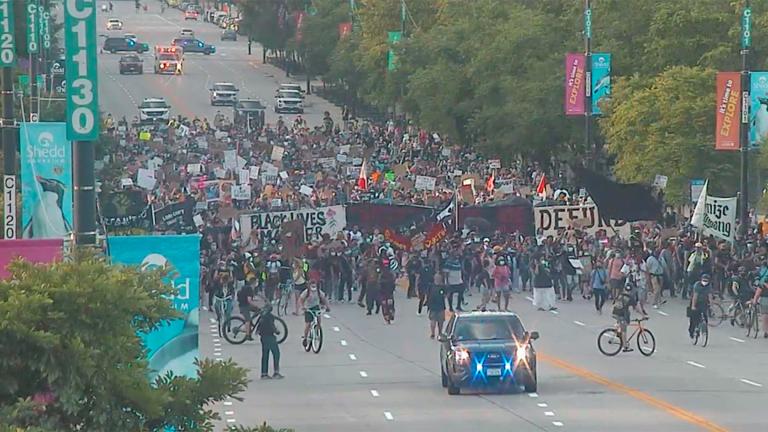