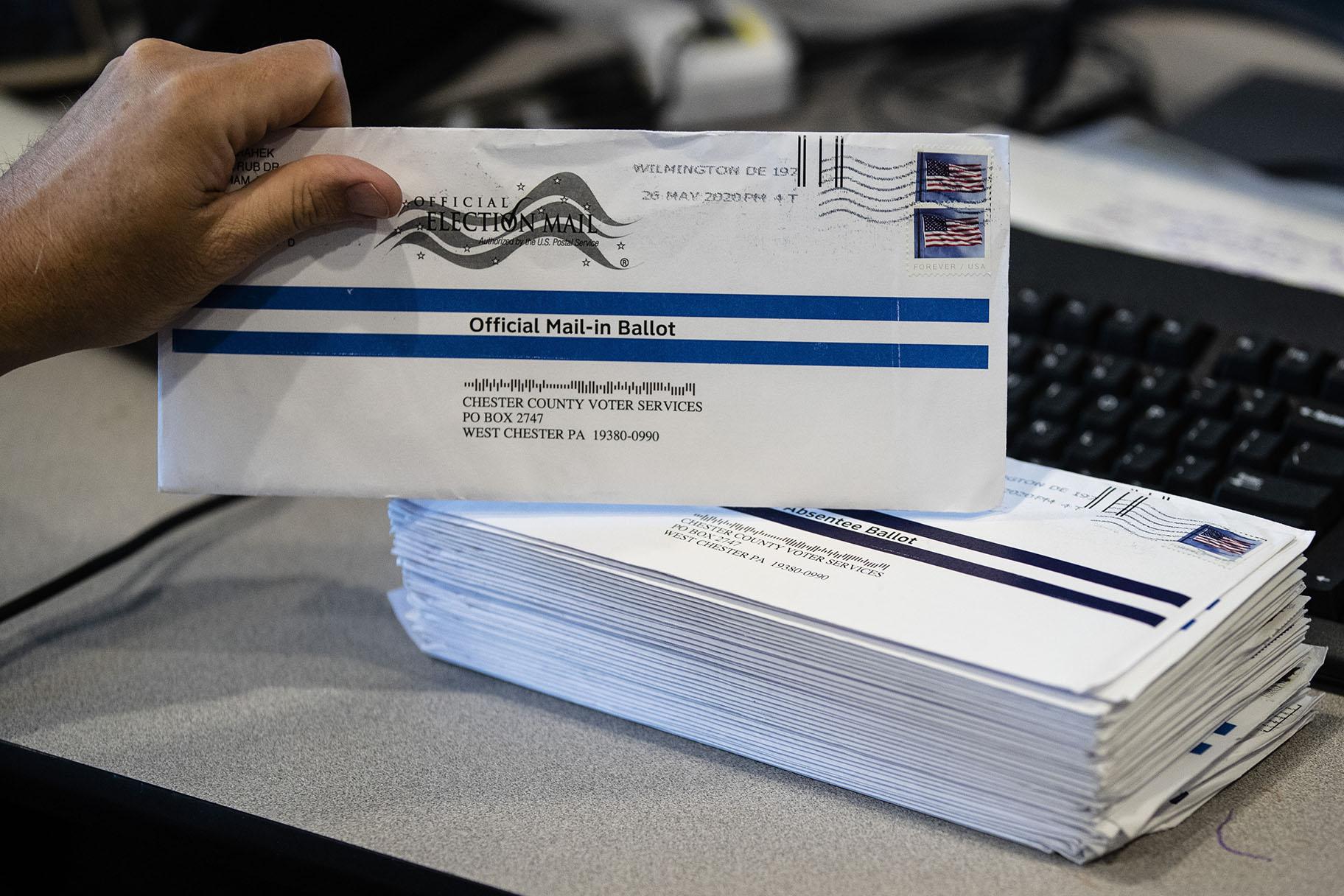 In this May 28, 2020, file photo, mail-in ballots are processed at the Chester County Voter Services office in West Chester, Pa., prior to the primary election. (AP Photo / Matt Rourke, File)

WASHINGTON (AP) — Democrats are mounting a new effort to push back against a well-funded Republican campaign that seeks to undermine public confidence in mail-in voting, which President Donald Trump has said, without offering proof, will lead to election fraud.

The aim is to not only counter Republicans in the courts but in public relations, too, while playing offense by providing opposition research that often forms the grist of critical news stories.

“The 2020 election is the most pivotal election that I can think of, and we have known for a while that there would be efforts made to suppress the vote,” Abrams said Sunday in an interview with The Associated Press. “We need to not only have a concerted effort to push back, but we need to raise awareness, too.”

Even before the coronavirus pandemic, a partisan fight over ballot access was playing out in a handful of state courts. But now that the virus has raised fears that in-person voting could be a threat to the elderly, those in poor health and people of color, whom statistics show have disproportionately borne the brunt of its effects, efforts to expand voting by mail have faced stiff opposition from Trump and his allies.

They argue, without offering evidence, that it will lead to increased voter fraud, even as they have encouraged Republicans to cast ballots by mail in a number of recent elections. Trump casts his own ballots by mail.

Democrats say the Republican opposition to mail voting is also a smokescreen being used to push for broader voting limitations.

“While everyone is focusing on the vote-by-mail argument, the architecture of their work is incredibly broad,” Abrams said. “One of our missions will be to raise the resources necessary to push back against their efforts across the country.”

Over more than a decade, Republicans have enacted laws at the state level that Democrats argue makes it harder for members of their base to vote. These include voter ID laws, efforts to limit polling locations in urban areas and rules that limit early voting. Republicans have argued that their efforts are aimed at limiting widespread voter fraud, though there’s little evidence to back those claims up.

Bolstered by a federal court ruling, for the first time in decades, the GOP will also be allowed to conduct poll monitoring on election day in November.

Historically, there is no evidence of widespread voter fraud through mail-in voting. But some social media users have pushed grandiose theories casting doubt on the method. Trump has encouraged the skepticism, saying during a televised briefing that “a lot of people cheat with mail-in voting.” Last month, he tweeted: “Don’t allow RIGGED ELECTIONS!”

Democrats and voting rights groups contend they simply want to protect the voting rights of all citizens, and they note that repeated studies have found no widespread fraud and no partisan benefit to expanded voting.

“We want to build a strong coalition to make sure that what’s happening on the Republican side doesn’t go unanswered,” said Aneesa McMillan, the director of strategic communications and voting rights at Priorities USA.

Thus far, the new Democratic coalition has not raised additional funds for the effort, though that could change. Abrams, who is among those being considered for Joe Biden’s running mate, said she aims to raise millions for the cause.

“I don’t think there’s a path for Trump getting reelected without voter suppression tactics,” said David Brock, a prolific fundraiser who is one of the founders of American Bridge. “While there’s an improbable path for Trump to get an Electoral College victory, donors should be paying attention and giving to the overall effort.”

His group has already unearthed evidence that Trump and his allies aim to limit ballot access.

A recording the group provided to the AP in December revealed a Trump adviser told Republicans in Wisconsin, a crucial battleground state, that the GOP was counting on voter suppression tactics to provide an edge on Election Day.

“Traditionally it’s always been Republicans suppressing votes in places,” Justin Clark, a senior political adviser and senior counsel to Trump’s reelection campaign, told Wisconsin Republicans at a November 2019 event. “Let’s start playing offense a little bit. That’s what you’re going to see in 2020. It’s going to be a much bigger program, a much more aggressive program, a much better-funded program.”

Democrats say Trump’s claims of voter fraud have morphed what was once a quiet focus of the party into a broader culture war issue. 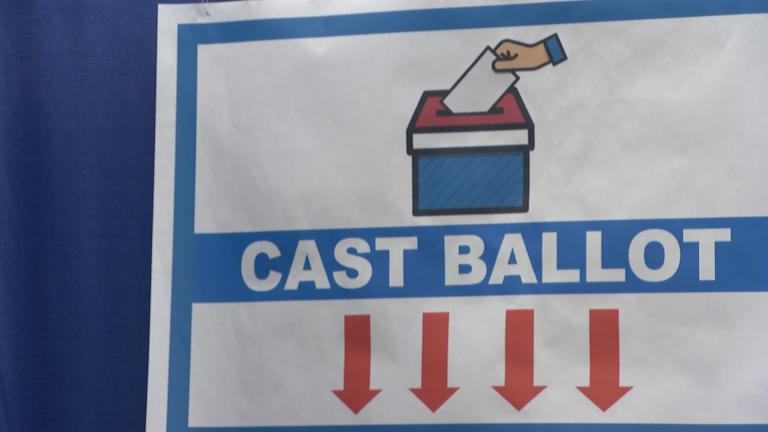 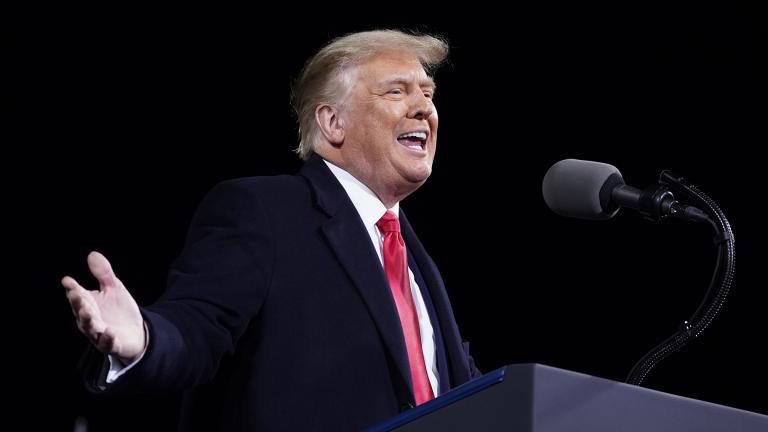 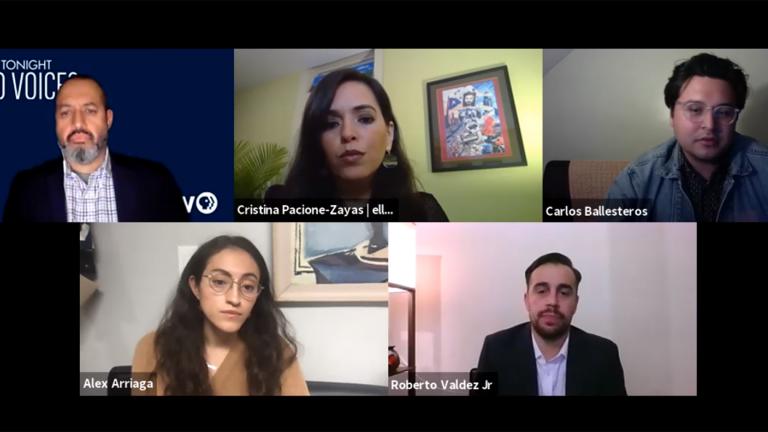