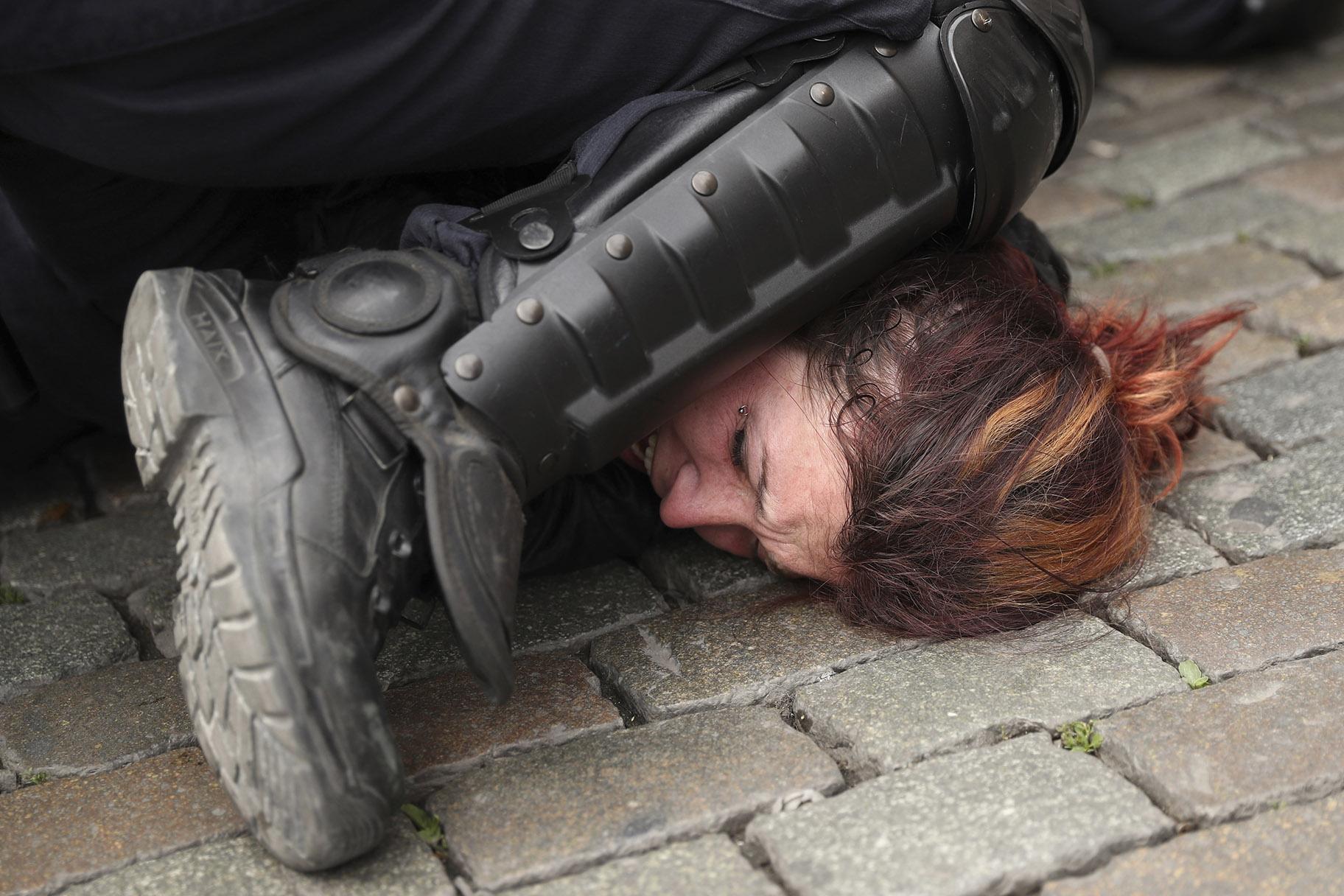 In this May 26, 2019, file photo, police detain a woman during a yellow vest protest with other groups in Brussels. The death of George Floyd has renewed scrutiny of immobilization techniques long used in policing around the world. (AP Photo / Francisco Seco, File)

LE PECQ, France (AP) — Three days after George Floyd died with a Minneapolis police officer choking off his air, another black man writhed on the tarmac of a street in Paris as a police officer pressed a knee to his neck during an arrest.

Immobilization techniques where officers apply pressure with their knees on prone suspects are used in policing around the world and have long drawn criticism. One reason why Floyd’s death is sparking anger and touching nerves globally is that such techniques have been blamed for asphyxiations and other deaths in police custody beyond American shores, often involving non-white suspects.

“We cannot say that the American situation is foreign to us,” said French lawmaker Francois Ruffin, who has pushed for a ban on the police use of face-down holds that are implicated in multiple deaths in France, a parliamentary effort put on hold by the coronavirus pandemic.

The muscular arrest on May 28 in Paris  of a black man who was momentarily immobilized face-up with an officer’s knee and upper shin pressing down on his jaw, neck and upper chest is among those that have drawn angry comparisons with the killing of Floyd on May 25 in Minneapolis.

The Paris arrest was filmed by bystanders and widely shared and viewed online. Police said the man was driving under the influence of drugs and alcohol and without a license and that he resisted arrest and insulted officers. His case was turned over to prosecutors.

In Hong Kong, where police behavior is a hot-button issue after months of anti-government protests, the city’s force says it is investigating the death of a man who was immobilized face-down during his arrest in May by officers who were filmed  kneeling on his shoulder, back and neck.

Police rules and procedures on chokeholds and restraints vary internationally.

In Belgium, police instructor Stany Durieux says he reprimands trainees, docking them points, “every time I see a knee applied to the spinal column.”

“It is also forbidden to lean on a suspect completely, as this can crush his rib cage and suffocate him,” he said.

Condemned by police and experts in the United States, Floyd’s death also drew criticism from officers abroad who disassociated themselves from the behavior of Minneapolis police officer Derek Chauvin. He was charged with third-degree murder after he was filmed pushing down with his knee on Floyd’s neck until Floyd stopped crying out that he couldn’t breathe and eventually stopped moving.

In Israel, police spokesman Micky Rosenfeld said “there is no tactic or protocol that calls to put pressure on the neck or airway.”

In Germany, officers are allowed to briefly exert pressure on the side of a suspect’s head but not on the neck, says Germany’s GdP police union.

In the U.K., the College of Policing says prone suspects should be placed on their side or in a sitting, kneeling or standing position “as soon as practicable.” Guidance on the website of London’s police force discourages the use of neck restraints, saying “any form of pressure to the neck area can be highly dangerous.”

Even within countries, procedures can vary.

The thick Patrol Guide, hundreds of pages long, for the New York Police Department says in bold capitals that officers “SHALL NOT” use chokeholds and should “avoid actions which may result in chest compression, such as sitting, kneeling, or standing on a subject’s chest or back, thereby reducing the subject’s ability to breathe.”

But the so-called “sleeper hold,” where pressure is applied to the neck with an arm, blocking blood flow, was allowed for police in San Diego before Floyd’s death triggered a shift. Police Chief David Nisleit said he would this week order an end to the tactic.

Gendarmes in France are discouraged from pressing down on the chests and vital organs of prone suspects and are no longer taught to apply pressure to the neck, said Col. Laurent De La Follye de Joux, head of training for the force.

“You don’t need to be a doctor to understand that it is dangerous,” he said.

But instructions for the National Police, the other main law and order force in France, appear to give its officers more leeway. Issued in 2015, they say pressure on a prone suspect’s chest “should be as short as possible.”

Christophe Rouget, a police union official who briefed lawmakers for their deliberations in March about the proposal to ban suffocating techniques, said if officers don’t draw pistols or use stun-guns then immobilizing people face-down is the safest option, stopping suspects from kicking out at arresting officers.

“We don’t have 5,000 options,” he said. “These techniques are used by all the police in the world because they represent the least amount of danger. The only thing is that they have to be well used. In the United States, we saw that it wasn’t well used, with pressure applied in the wrong place and for too long.”

He added that the “real problem” in France is that officers don’t get enough follow-up training after being taught restraints in police school.

“You need to repeat them often to do them well,” he said. 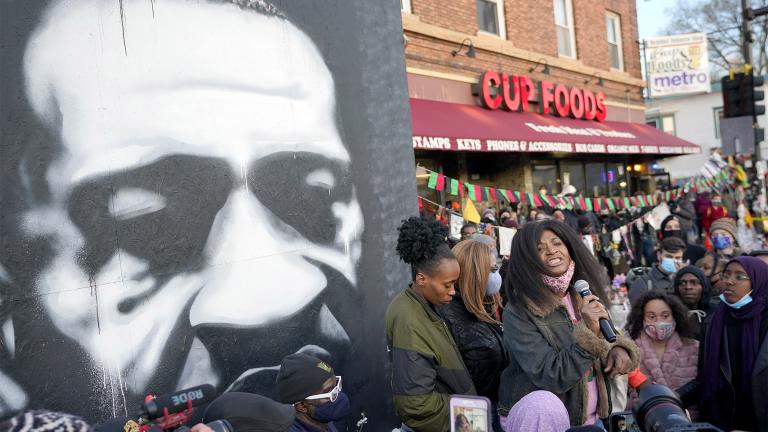