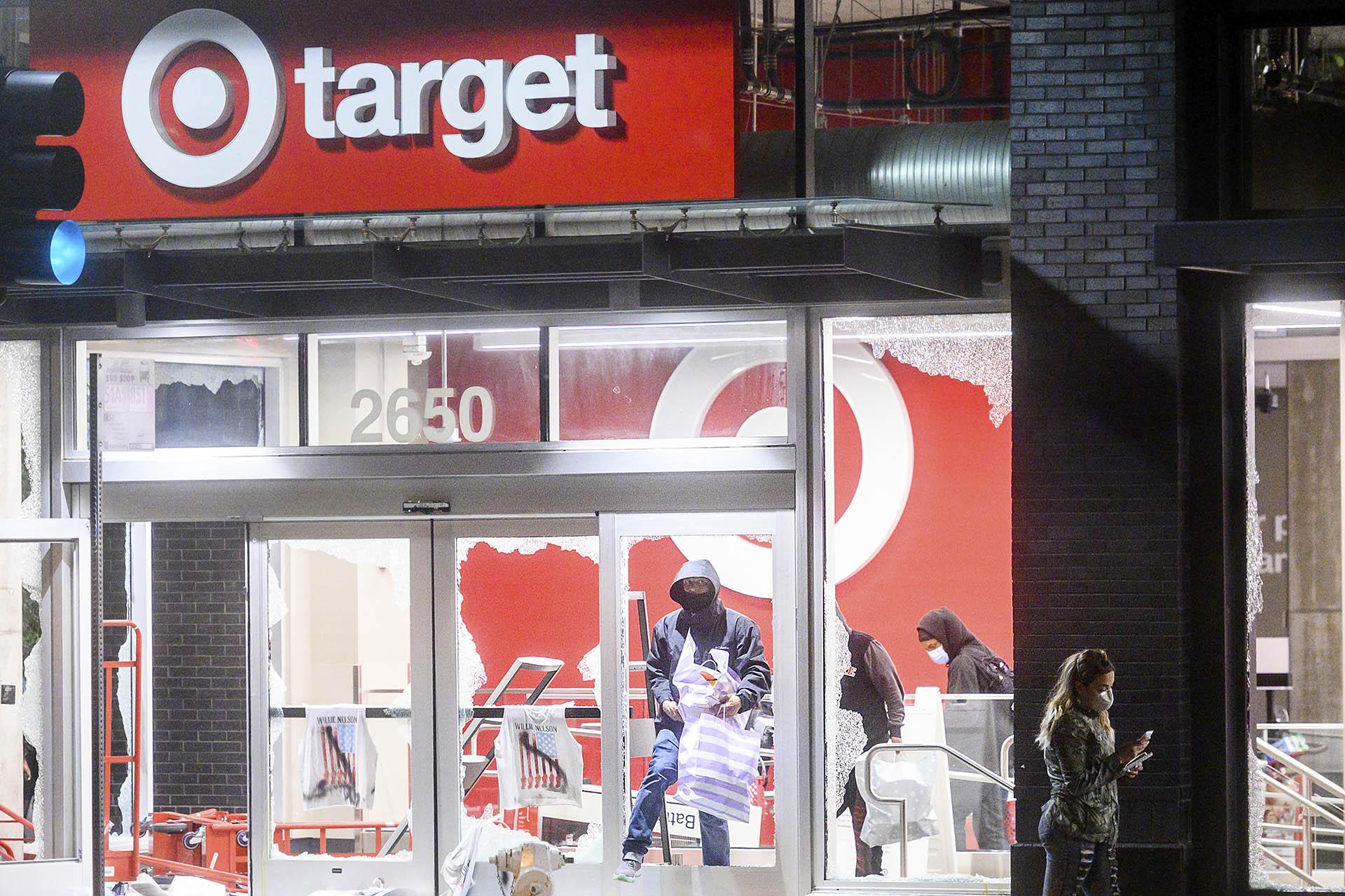 People leave a vandalized Target store in Oakland, Calif., on Saturday, May 30, 2020, during protests against the death of George Floyd, a handcuffed black man in police custody in Minneapolis. (AP Photo / Noah Berger)

Target and CVS are temporarily closing certain locations after some were damaged during weekend protests over the death of George Floyd.

Target said it was closing 105 stores in 10 states, including 46 stores in California and 33 in Minnesota, where the company is based and where the protests over Floyd’s death began. Target is also closing some stores in Colorado, Pennsylvania, Illinois, New York, Georgia, Oregon, Michigan and Texas.

CVS didn’t say how many stores it had closed, but it said the shuttered locations are in more than 20 states and the District of Columbia. A spokeswoman for the company said pharmacies at closed stores will reroute customers to a nearby CVS so they can get prescriptions filled.

“Employee and customer safety is our top priority, so we are continually monitoring protests as they occur in the communities we serve and will close stores, if needed, to help ensure the safety of employees and customers,” CVS said in a statement.

Floyd, who was black and handcuffed, died while being arrested by Minneapolis police for suspicion of passing a counterfeit bill on May 25. Cellphone video showed that a white officer, Derek Chauvin, pressed his knee into Floyd’s neck for several minutes while Floyd pleaded for air and eventually stopped moving. Chauvin now faces murder and manslaughter charges. The other three officers who took part in the arrest were fired but haven’t been charged.

“We are heartbroken by the death of George Floyd and the pain it is causing communities across the country,” Target said in a statement. “Our focus will remain on our team members’ safety and helping our community heal.”

Target said employees at stores that are closed will be paid for up to 14 days, including premiums they are earning due to the coronavirus pandemic. They will also be able to work at Target locations that remain open.