Reports Indicate Michigan Man May Be Baby Abducted in 1964 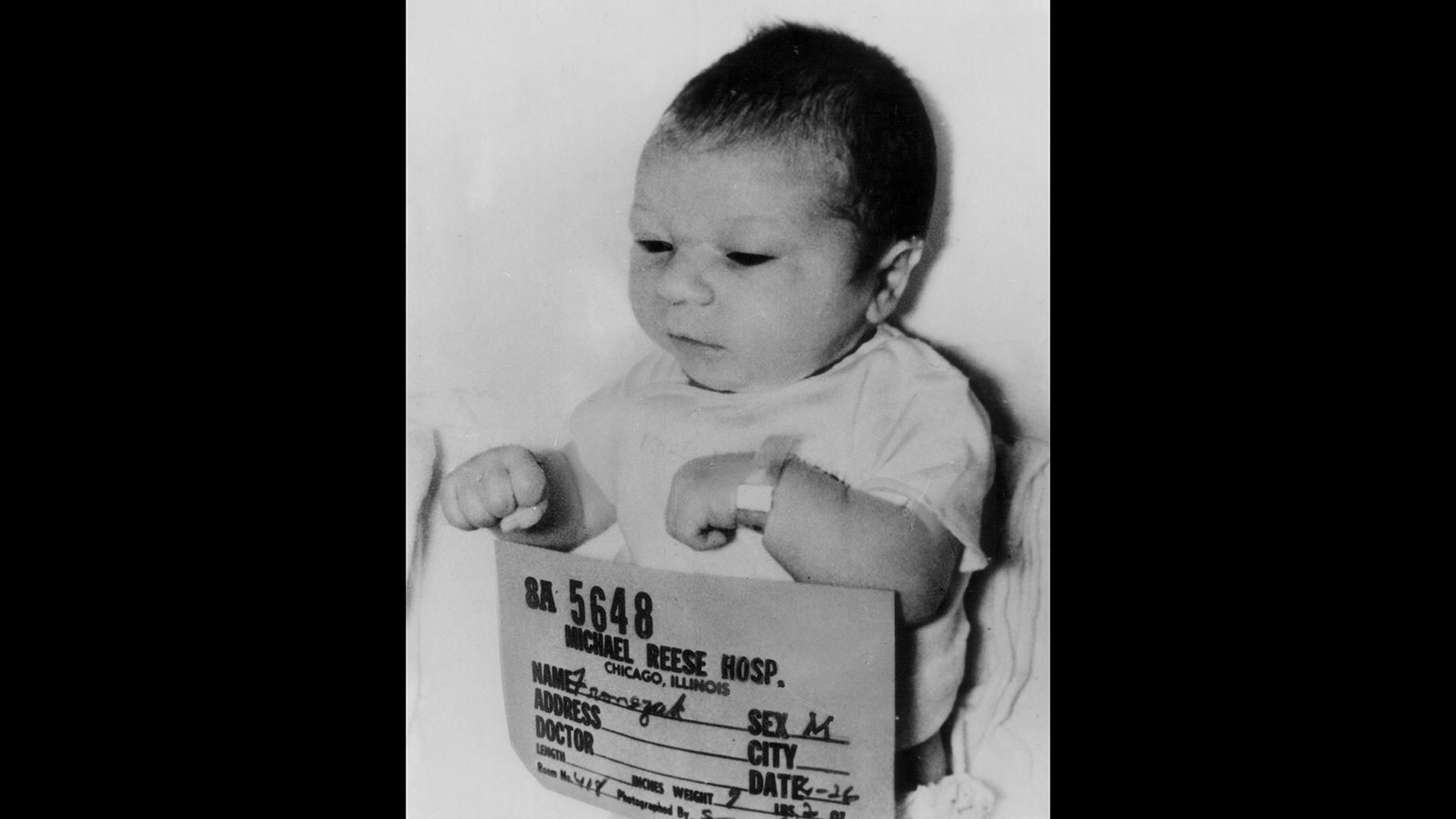 This April 26, 1964 file photo shows Paul Joseph Fronczak shortly after his birth at Michael Reese Hospital in Chicago. The baby was taken from his mother’s arms by a woman dressed as a nurse who told her he needed a medical exam and then never returned him to the nursery. (AP Photo, File)

CHICAGO (AP) – When a woman posing as a maternity-ward nurse snatched a newborn from its mother’s arms more than 55 years ago, the case made headlines nationwide and led to a massive search by FBI agents and police.

The mystery seemed solved two years later, when police found an abandoned child who appeared to be the missing boy and returned him to the parents, who raised him as their own. But 47 years after he came home, DNA tests showed that he was not related.

Now recent media reports say a man living in rural Michigan may be the child of Chester and Dora Fronczak who was abducted on April 26, 1964, from a Chicago hospital.

An FBI statement issued this week confirmed that the investigation remains open and agents continue to pursue leads. But the statement stopped short of confirming the reports – first by Las Vegas television station KLAS and then by Chicago’s WGN-TV.

The stations did not name the man or say where he lived in Michigan. And they did not elaborate about how he was identified as the kidnapped child, including whether DNA testing played a role.

“We can tell you the adult Paul Fronczak is living in Michigan and has been made aware of his real identity,” a Dec. 12 report on KLAS said.

WGN went further in a report this week, saying it had spoken to the man.

The man, who asked not to be identified, became aware several months ago of evidence pointing to him and was trying to come to terms with the revelations, WGN reported. 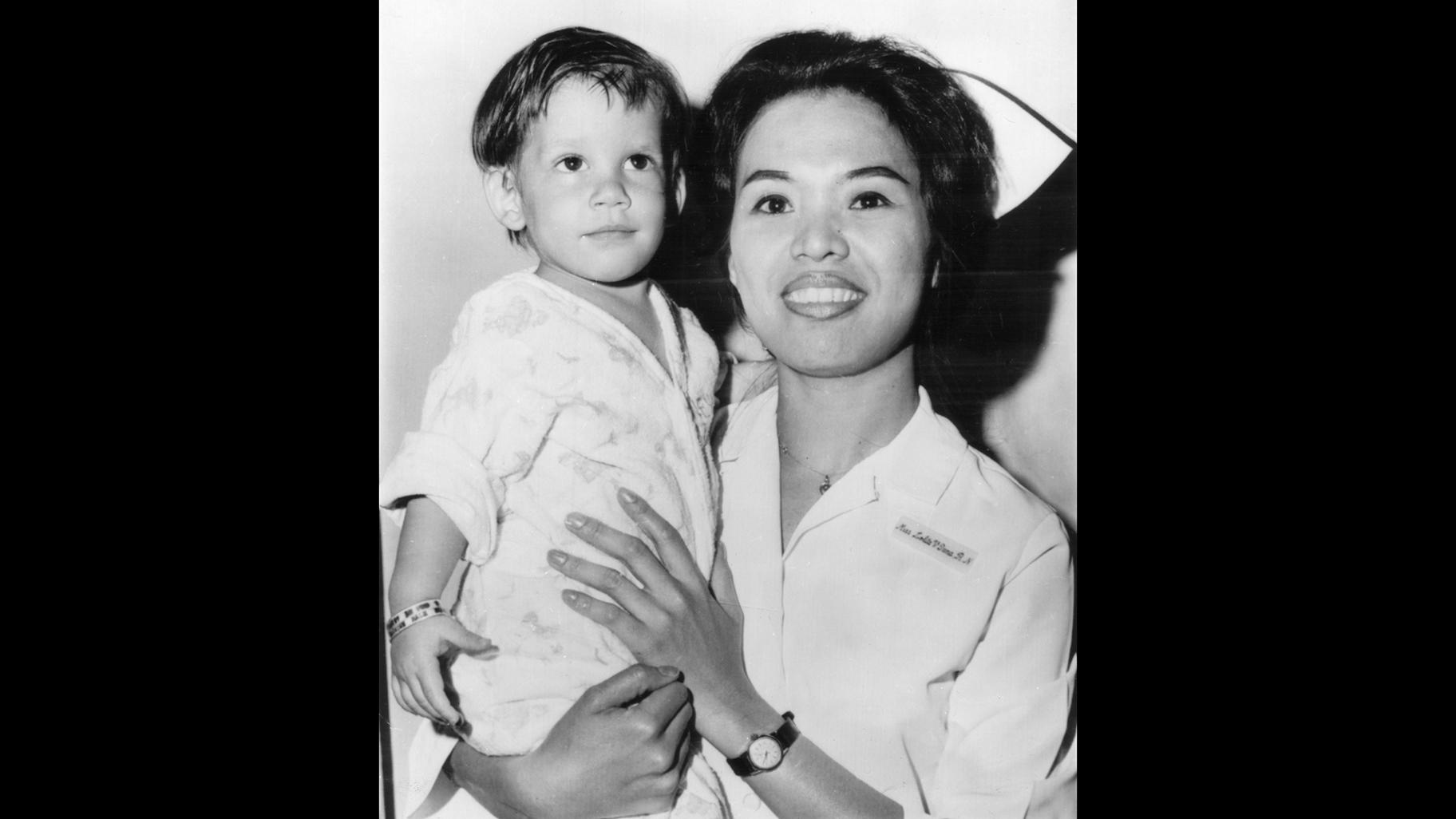 In this June 17, 1966 file photo, a boy, dubbed “Scott McKinley” by the State Child Service is held by Nurse Lolita V. Tana in Newark, N.J. McKinley has been adopted by Chester and Dora Fronczak, a Chicago couple who believe him to be their son kidnapped in 1964. (AP Photo, File)

In 1966, a boy was found abandoned in New Jersey, and law enforcement officials said at the time that he had ears shaped like those of the baby kidnapped in Chicago. The Fronczaks believed him to be their long-lost child.

“That’s my baby. It’s Paul,” the mother was quoted as saying at the time.

But in another cruel twist for the family, genetic tests that were not available in the 1960s revealed in 2013 that it was not him.

If the recent reports are accurate, questions would quickly arise about whether the people who raised the man knew he had been kidnapped or were themselves involved in the abduction. It’s unclear if anyone could still be subject to criminal charges.

“I’d like to know who I am, my birthday, how old I am? But more important: Is the real baby alive and still out there,” Paul Fronczak said in 2014, according to WGN.

After the DNA test indicated the person she thought was her son was not him, Dora Franczak still seemed haunted by the abduction and by the prospect of experiencing the anguish all over again.

“We went through this once, and we certainly don’t want to go through this again,” she said in a 2013 interview with the Chicago Sun-Times.

What happened was a parent’s worst nightmare. 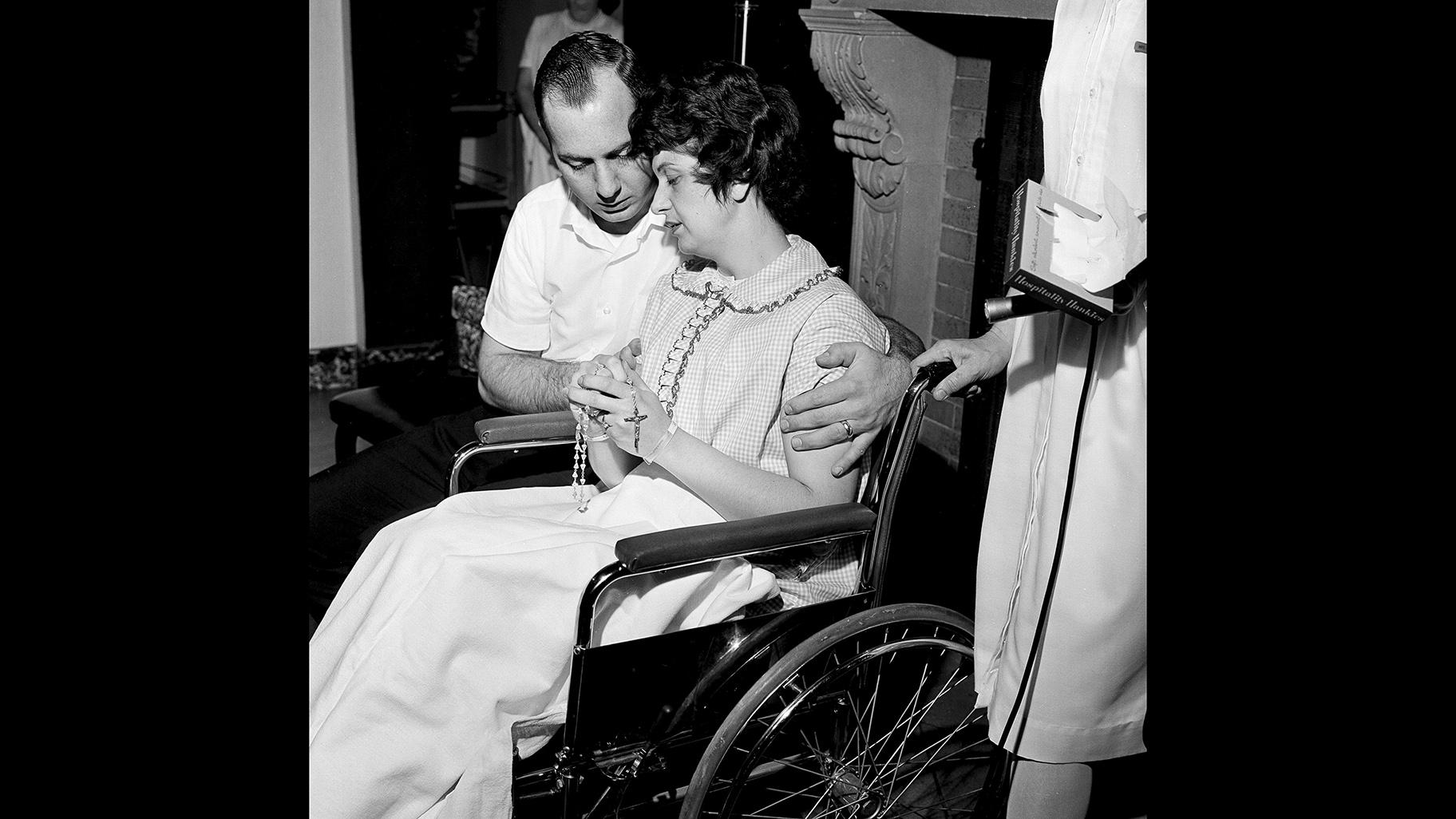 In this April 30, 1964 file photo, Dora Fronczak holds a rosary as she and her husband Chester Fronczak pray for the return of their kidnapped son in Chicago. (AP Photo / LO, File)

The kidnapper took the baby from his mother, telling her the newborn had to be returned to the nursery for an examination. That was the last time Dora Fronczak saw the child. The woman dressed in white never came back.

Fronczak, who was 28, had a stillborn son only the year before, her husband told reporters at the time.

The kidnapper fled the hospital with the baby in her arms and wrapped in a receiving blanket, police said, citing witnesses. She then got in a taxi bound for the southwest side of Chicago.

A week later, the FBI distributed an artist’s rendition of the suspect, who newspapers referred to as “the mystery woman.” Witnesses described her as around 40, standing 5-foot-4 with a ruddy complexion and black, graying hair.

At least one nurse who bore a resemblance was detained, then released after an hour of questioning.

More than 200 police officers, some with the drawing and a photo of the baby, went door to door in neighborhoods near where the taxi dropped the kidnapper off. The postmaster general even enlisted 175,000 mail carriers nationwide to help, asking them to report anything suspicious, including someone on their route suddenly having an unexplained baby.

The kidnapped boy’s father, who worked as a machinist, told reporters his wife was so distraught that she had been sedated.

Chester Fronczak also issued a plea to the kidnapper to return the baby and, if she didn’t do so immediately, to at least care for the child. At the father’s behest, newspapers even ran a recipe for a baby formula with instructions to feed it to the newborn in 3-ounce portions every four hours.

When the baby was abducted, police said blood type and ear shape were about the only leads they had because the boy had no blemishes or birthmarks. Some 10,000 babies were examined and tested by 1966 to see if they could be the boy.

The AP Corporate Archives contributed to this report.