As pipe major of the Chicago Stock Yard Kilty Band, Matt McKee carries on the tradition of a pipe band – a musical ensemble composed of bagpipers and drummers – that started nearly 100 years ago.

Before competing last month at the Wisconsin Highland Games in Waukesha, Wisconsin, McKee, who leads the bagpipe section, moves behind each bagpiper. He’s tuning their drones, the three pipes protruding from the Great Highland bagpipe which create the instrument’s low, resonating buzz under the main melody.

In the rhythm section, a bass drum keeps the beat, snare drummers play a leading, sharp cadence and a mid-tone tenor drum provides flourish rhythmically and visually as the drummers twirl their sticks in performance.

For centuries, pipe bands were used by the British military – particularly its Scottish regiments – to signal tactical movements during battle.

Founded in 1921 by brothers Robert and James Sim, the Chicago Stock Yard Kilty Band calls itself one of the oldest, continuously meeting and performing pipe bands in the United States. 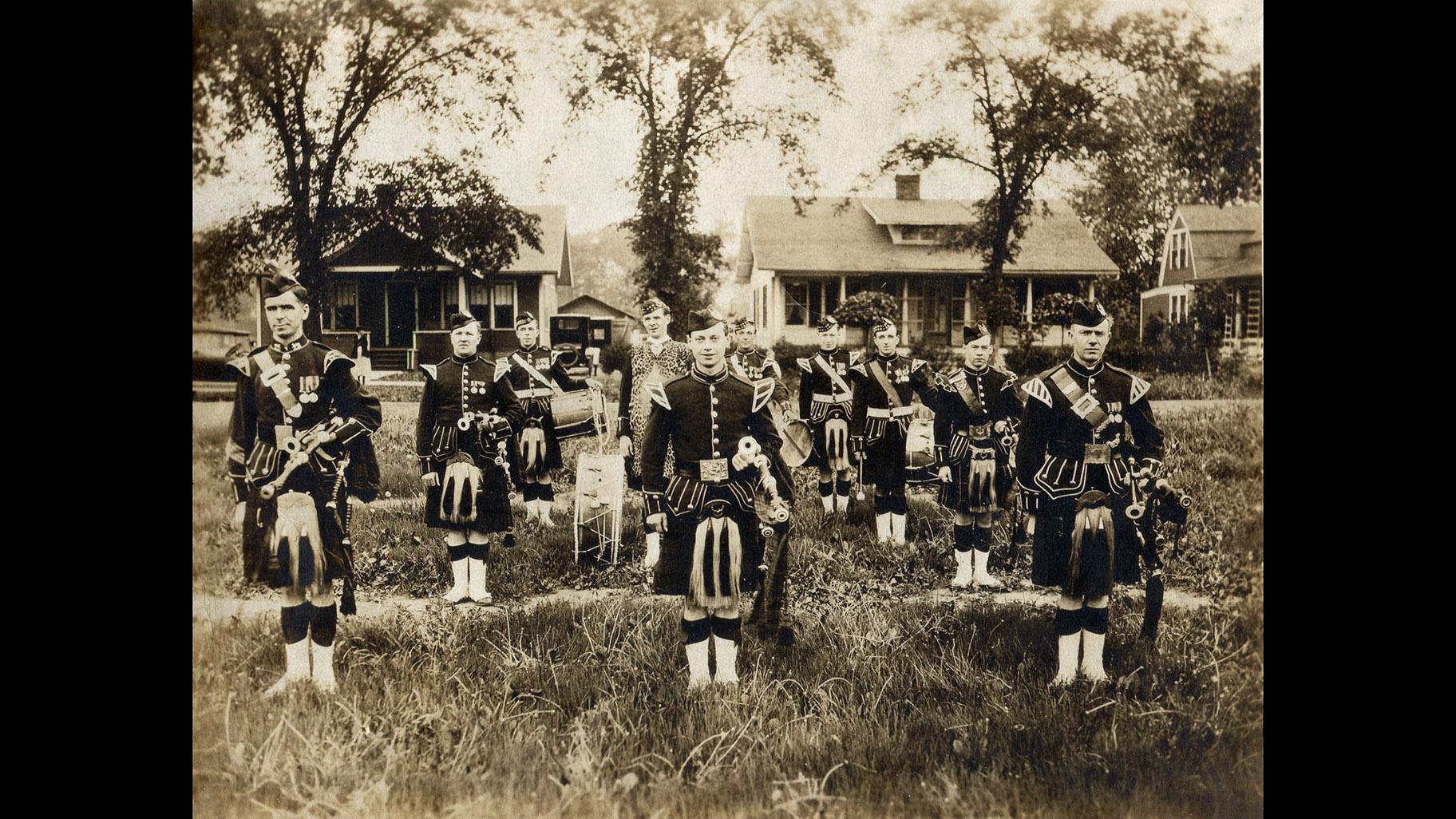 The Sim brothers immigrated to Chicago from Scotland after serving in World War I. They decided to start their band while attending the 1921 International Stock Yard Expo held at the Union Stock Yards on Chicago’s South Side.

“They saw a bagpipe performing there and they thought they could do better, so they decided to organize their own band,” said Dan O’Brien, the band’s drum corporal and historian. “From there, they became affiliated with the British Legion in America.”

Band members wear traditional Scottish garb like kilts and glengarry caps. For several of them, the band is a family tradition.

McKee’s daughter Moira is a third generation Stock Yard Kilty piper. His brother Dave is the drum sergeant. Their late father, David McKee Sr., joined the group in 1950 and served as its pipe major for 28 years.

“I grew up with this,” McKee said. “My dad taught out of our house – there was always a bunch of people playing pipes in the house. I’ve never not known it.”

And in case you’re wondering: The band took home “Best Drum” awards within its two competing grades, or skill divisions, at the Wisconsin Highland Games on Aug. 31.