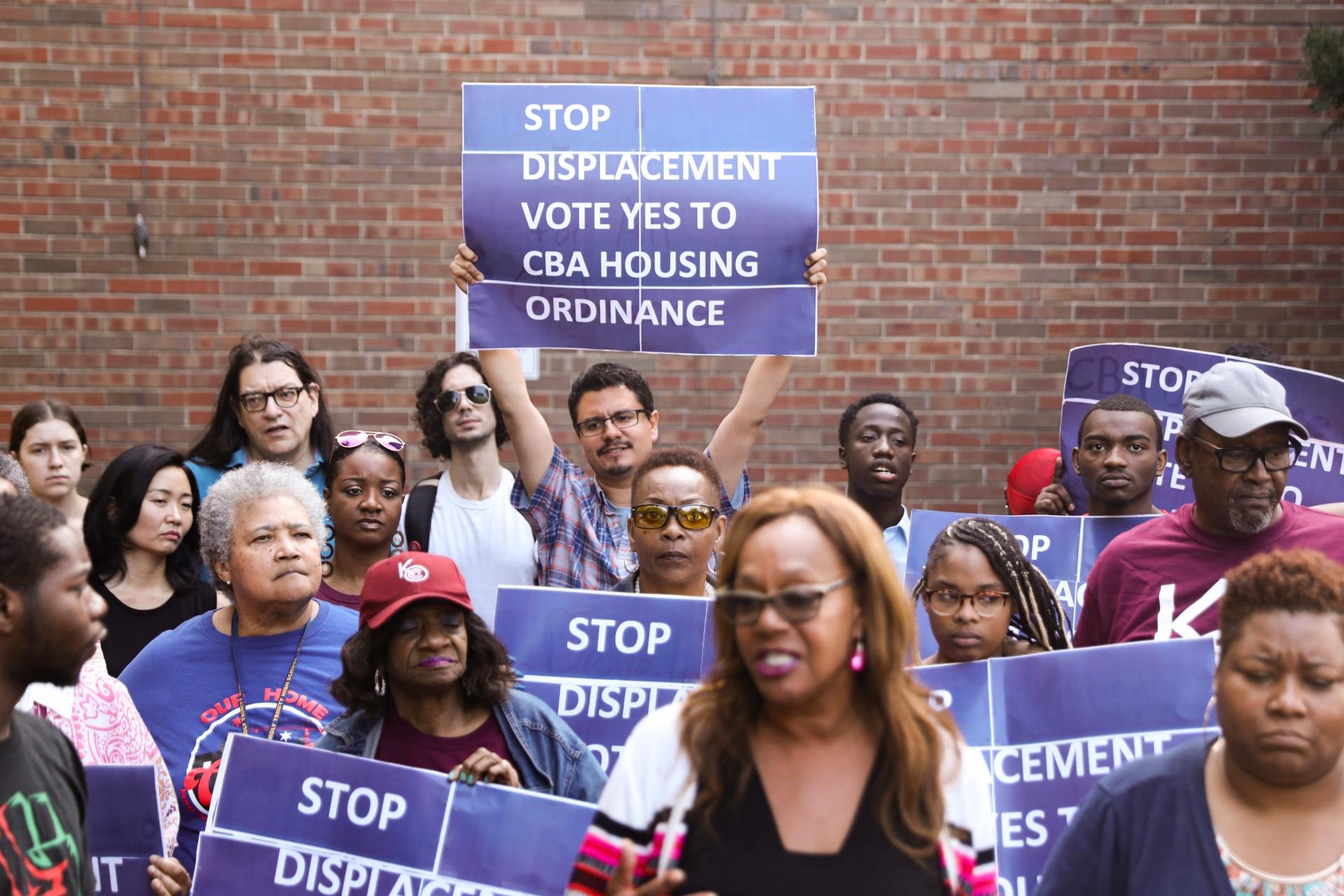 In this Tuesday, July 23, 2019 photo, activist Jose Reuena, center in back row, holds a placard during a news conference and rally in Chicago. (AP Photo / Amr Alfiky)

CHICAGO (AP) — When word spread that the Obama Presidential Center was coming to the lakefront park Tara Madison has watched through her apartment windows for a decade, she was elated at the idea of a gleaming facility honoring the president she supported and reviving rough sections of her neighborhood.

Then the 52-year-old social services worker and daughter of civil rights activists began to worry luxury condos might replace subsidized housing, including where she lives with her two children and two grandchildren, and she’d be forced to move.

“Because our area has become attractive to developers now, they’ll count us out,” she said.

Her sentiments represent a tangled conflict that’s unfolded since Barack Obama announced his $500 million presidential center would be built in Jackson Park, near Lake Michigan and where he started his political career, taught law and got married: Could the legacy library of the nation’s first black president propel the displacement of thousands of low-income black families right in his backyard?

With construction looming and signs the neighborhood is already changing, residents are fiercely seeking safeguards for the place they also call home. The clash was the catalyst for one activist to become an alderwoman and led to both a ballot question gauging support and a resident-protections ordinance that could see a City Council vote within weeks, though its chances of succeeding are uncertain.

Fear of gentrification — and the racial disparities that often come with it — has existed for decades in Woodlawn and other South Side Chicago neighborhoods slow to recover from the recession. Woodlawn, 10 miles from downtown and just steps from Jackson Park, is over 80% black, with nearly 40% of its 25,000 residents living below the poverty line, according to Chicago demographer Rob Paral. But there’s spillover from neighboring Hyde Park, home to the private University of Chicago, where only 30% of the residents are black and 23% are poor.

It wasn’t too surprising when the Obama Foundation chose the area in 2016. Obama still has ties to it, including his family maintaining a home there. Chicago beat out several cities including Honolulu, where Obama spent his early years.

“The best things that have happened to me in my life, happened in this community. Although we had a formal bidding process to determine where the presidential library was going to be, the fact of the matter was it had to be right here on the South Side of Chicago,” Obama told a crowd in 2016.

The center as proposed will display presidential artifacts and have walking paths, a public library branch and a recording studio. Unlike the other 13 presidential libraries, Obama’s will be the first fully digital one, with patrons able to access millions of emails, photos and videos from kiosks.

While Obama has touted the center as a youth leadership hub that’ll attract new businesses, some residents fear a resurgence that would push out longtime residents.

Chicago ranks third among the nation’s largest cities, after New York and Los Angeles, for most neighborhoods that have gentrified, though it hasn’t seen as intense of a wave as other places, according to a National Community Reinvestment Coalition study this year.

Other presidential libraries in urban settings have faced resistance. Protesters tried to stop the city of Atlanta from paving a road through a public park to former President Jimmy Carter's library, which opened in 1986.

Yet the Obama library is dealing with its own issues around race and poverty. A study by neighborhood activists estimated that up to 4,500 families would be at risk of displacement with development around the center.

Some groups have demanded a community benefits agreement to protect residents. At a meeting the Obama Foundation held in September 2017, then-activist Jeannette Taylor asked if Obama would sign such an agreement.

Obama, via video, said as a former community organizer in Chicago he understood the concerns. But he didn’t think a pact was necessary since the foundation, which is raising funds and overseeing construction, is a nonprofit.

“The reason we want to do it (is) because this is the community we care about,” Obama said.

Activists, in protest, tried to prevent him from talking further.

“He forgot the people who got him into office,” Taylor said.

His response left her heartbroken, she said, and she used it to fuel her City Council run. She was elected earlier this year.

The same election featured a nonbinding ballot question spurred by activists asking voters from the areas affected by the center if they would support a community benefits agreement. Voters said yes overwhelmingly.

Taylor has since gained sponsorship for an ordinance calling for protections in a 2-mile radius around the Obama library, including designating 30% of the area’s housing as affordable, requiring buildings up for sale to first be offered to current tenants, and establishing a community trust fund to help residents with property taxes.

“It is morally wrong to get investment in a community that’s long overdue investment and then to displace the very people who have been dealing with disinvestment,” Taylor said. “It is a conversation that should have been had way before this, way before the library.”

The Obama Foundation hasn’t taken a position on the ordinance. The University of Chicago, which owns nearby land, is questioning the ordinance’s legality.

Some activists say the proposed protections don’t go far enough and time is of the essence. Rents are already going up and several new homes sold in the $700,000 range this year, a neighborhood record.

Michael Strautmanis, the foundation’s chief engagement officer, said he agrees the displacement issue should be addressed. He said the foundation has promised to push for minority employment, youth leadership programs and resources to help people find jobs as development occurs in the area.

The library’s economic impact is expected to be significant, something not lost on residents.

The center is expected to draw around 800,000 visitors a year, translating into $110 million spent in the city each year, according to a 2014 University of Chicago-commissioned study.

Green tarps cover the fenced-off center site for now. Groundbreaking has been delayed, both by a park advocacy group’s federal lawsuit challenging the use of public parkland and an ongoing federal review process needed because of the location in Jackson Park, which is on the National Register of Historic Places. The lawsuit was struck down in June.

Some activists say they plan to keep fighting and making demands with residents’ best interests in mind.

“We’re not going to displace anyone,” Madison, who has fought for neighborhood protections, said. “Power of the protest is going to make sure that doesn’t occur.” 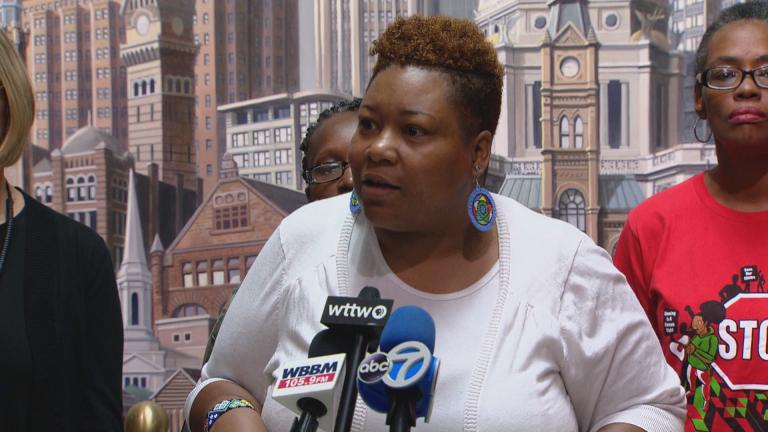 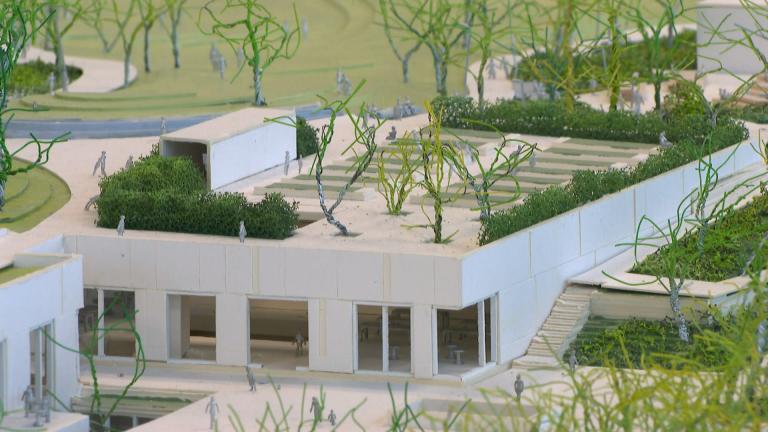 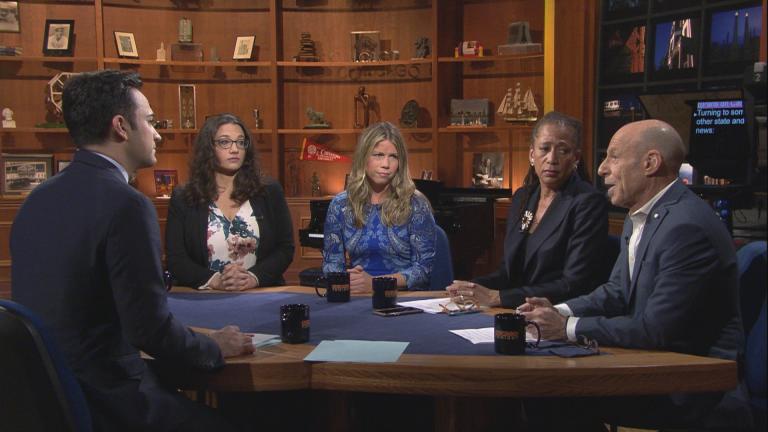 The Week in Review: Green Light for Obama Presidential Center 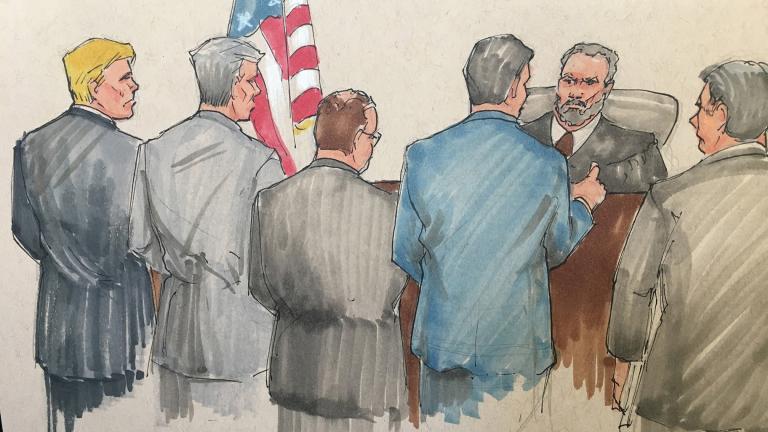