Exhibit Digs Up Satire and Skeletons of ‘Legendary Printmaker’ Posada

He influenced everything from imagery on Grateful Dead posters to a Pixar movie. A Mexican graphic artist from the 19th century popularized a style associated with Dia de los Muertos – the Day of the Dead.

Jose Guadalupe Posada made clever use of calaveras – or skulls – in his printmaking. An art exhibit now at the College of DuPage digs up Posada’s satire and skeletons.

Jay Shefsky: In “Coco,” a boy is transported to the Land of the Dead, where he seeks the help of his long-deceased ancestors.

In popular culture, playful images of skulls and skeletons are everywhere.

They were popularized by an artist who died over 100 years ago. Jose Guadalupe Posada is known as the printmaker of the Mexican people.

Justin Witte, curator at Cleve Carney Art Gallery, College of DuPage: Jose Guadalupe Posada was considered the printmaker of the people because a lot of the work he did was for popular publication.

Or most famously for the work he did for broadside newspapers, which were quickly produced, cheap newspapers often focused on sensational stories, political satire, humor, those sort of things. 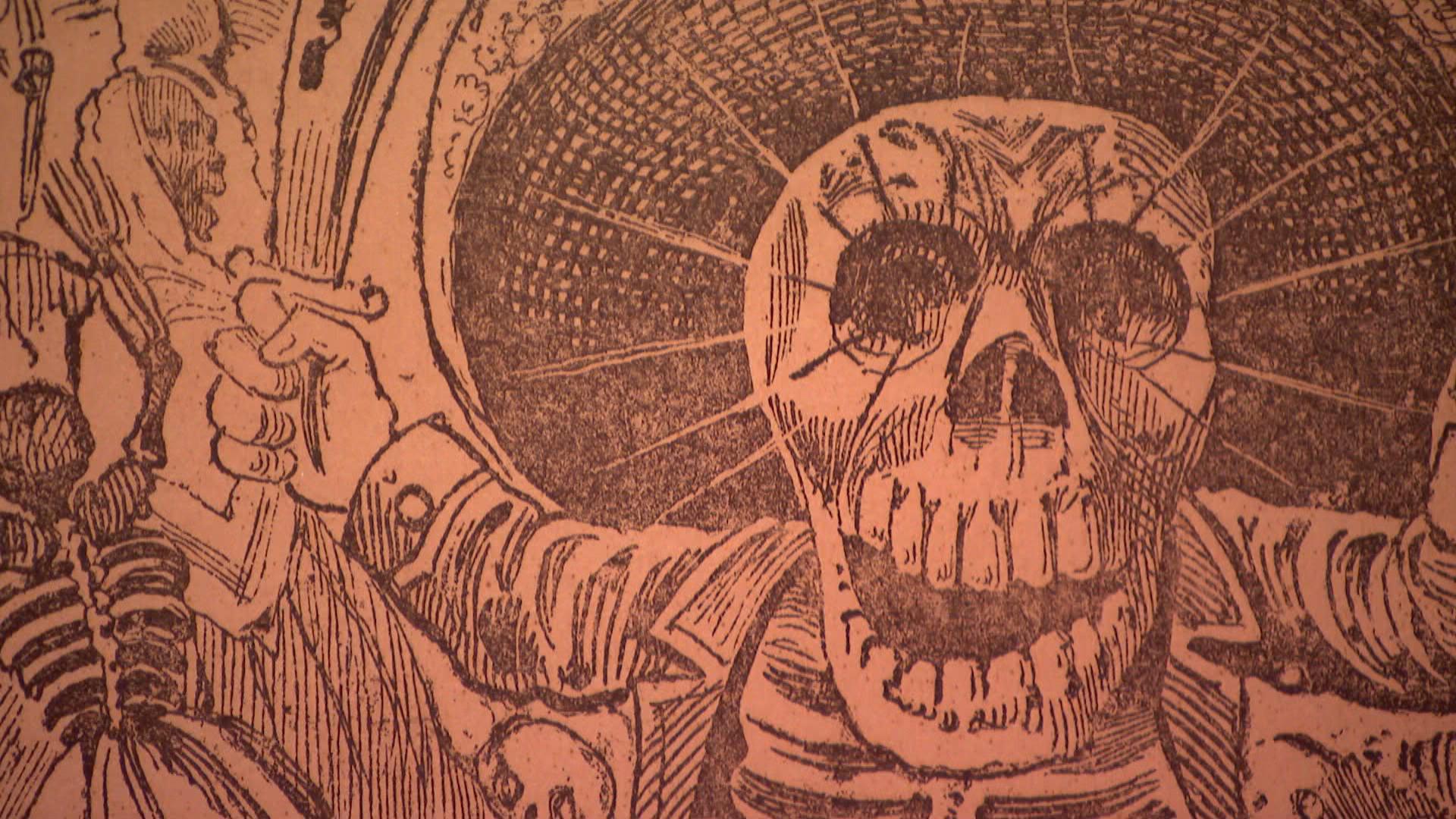 Shefsky: Posada was active in the decades before the Mexican Revolution, which began in 1910. He apprenticed at a print shop and then ran his own.

He did not invent the calavera image, but …

Witte: He definitely popularized it, and a lot of that has to do with the style in which he did them.

When you look at some of the prints in the exhibition you notice that his kind of loose, really graphic, humorous style is jarringly contemporary.

That looseness and humor and kind of distinctive style really elevated it and really became associated with him.

In fact, most of the imagery we see now associated with Day of the Dead really originates with Posada’s work. 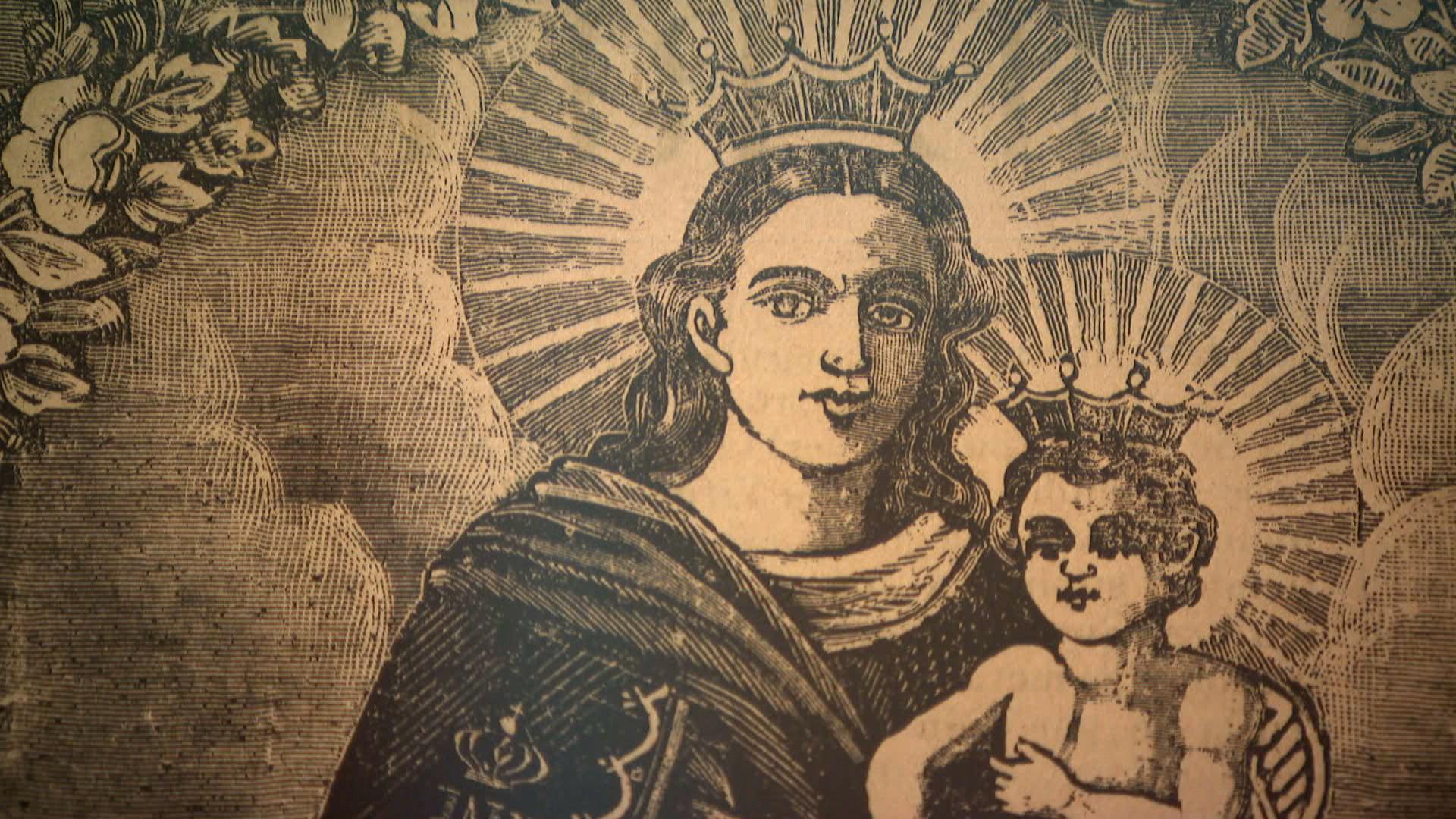 And his work on children’s books and even game boards – one of which is recreated in the gallery space.

And the show includes five original plates etched by the printer.

Some of his contemporaries were in on the joke. Others, not so much.

Witte: He made a lot of enemies, political enemies, and part of the reason a lot of the work in this exhibition … is not dated is because all of the records along with a lot of the original plates and prints were destroyed in a fire set by one of the targets of his satire.

Shefsky: Posada was active late in life. He lived to see the start of the Mexican Revolution and the fall of some of the people he parodied.

Witte: He made over 200,000 prints in his lifetime. He was very prodigious. But at the same time he died relatively unknown and poor.

Shefsky: Years later he was recognized, first by other artists. 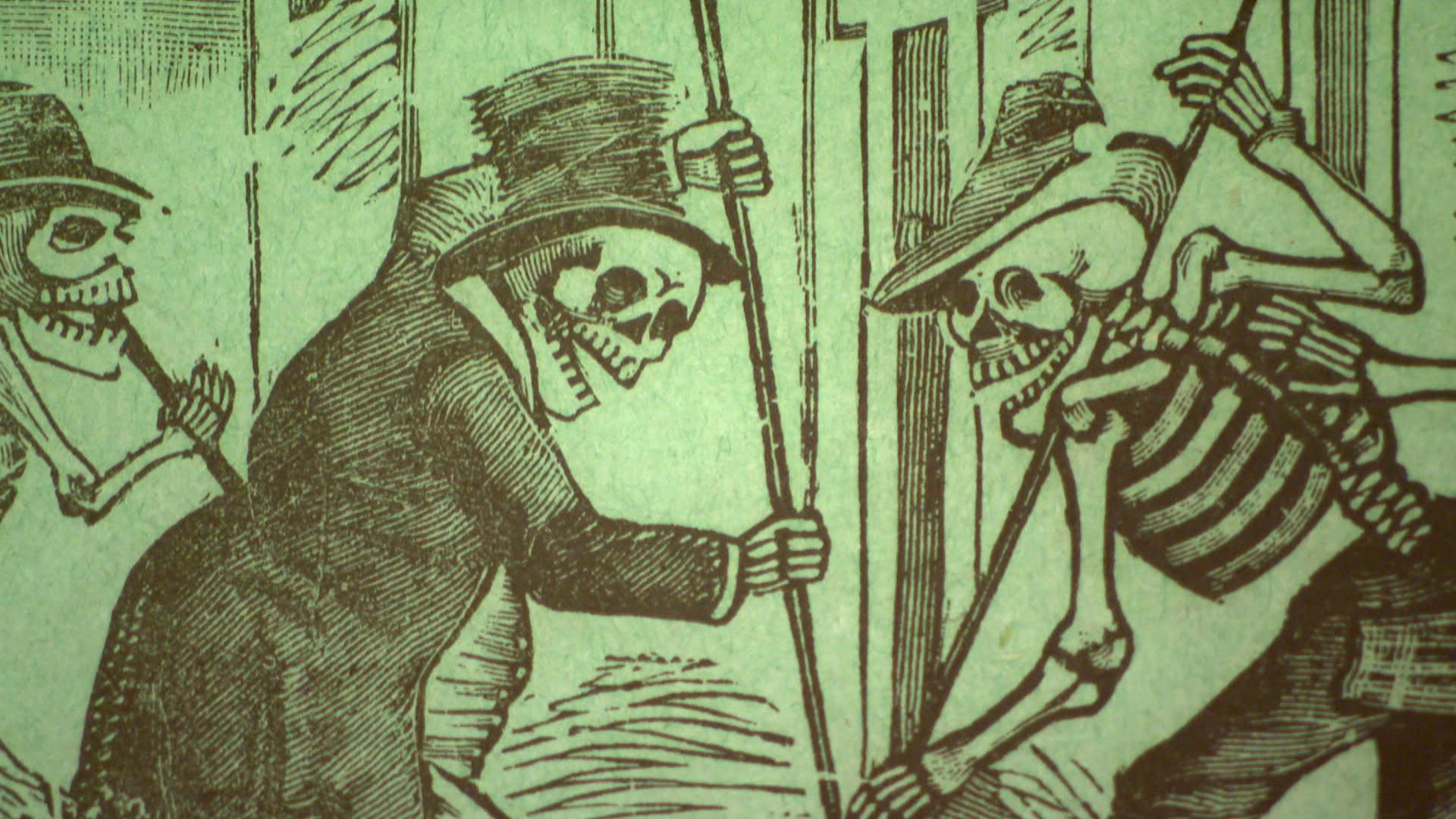 Witte: A lot of the artists from Mexico were very aware of him and his work and were influenced by him.

In fact, a lot of his work, and his philosophy and his work ethic was really influential on some of the most famous 20th century Mexican artists, the Mexican muralists, such as Diego Rivera, and of course Frida Kahlo as well.

Shefsky: Frida Kahlo will be the featured artist at the gallery next year.

Until then, you can see this traveling exhibit by the artist who influenced her and visual artists to this day: Jose Guadalupe Posada.

The exhibition is called “Jose Guadalupe Posada: Legendary Printmaker of Mexico.” It is in the art gallery at the McAnich Art Center at the College of DuPage until Sept. 13.

Note: This story was first published on July 30, 2019. The video will be updated.