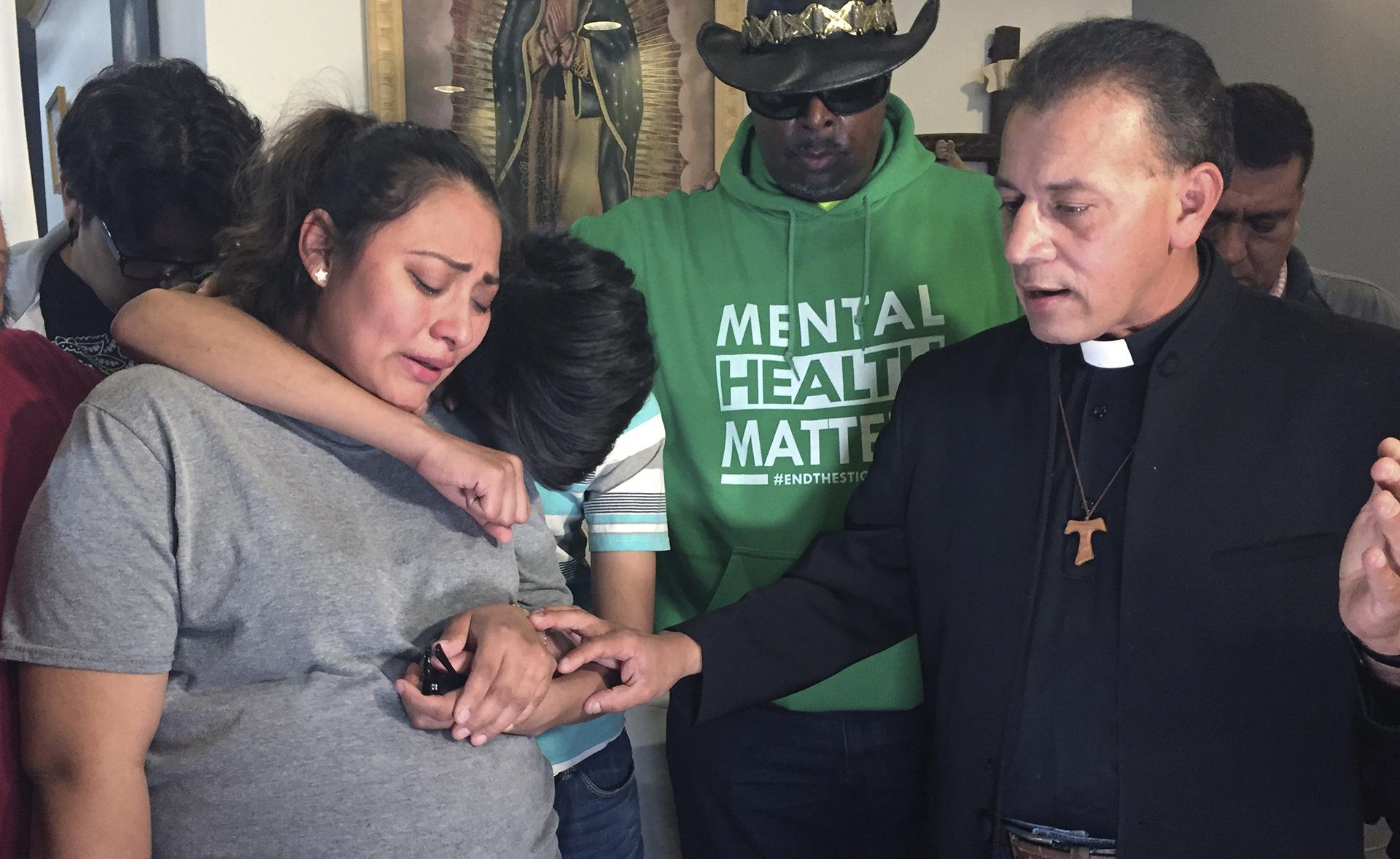 In this Tuesday, May 21, 2019 photo provided by WBEZ Radio is Adilene Marquina, left, as she sobs after announcing she will be seeking sanctuary inside Faith, Life and Hope Mission church on Chicago's Southwest Side. Hugging her is her son, Johan as Rev. Jose Landaverde, right, comforts her. (María Ines Zamudio / WBEZ Radio via AP)

CHICAGO (AP) — A pregnant woman is seeking asylum in a Chicago church after she says she received a deportation order requiring her to leave the U.S. by Thursday.

Adilene Marquina, 34, who has a high-risk pregnancy and is afraid to travel back to Mexico, is staying at the Faith, Life and Hope Mission on Chicago’s Southwest Side, WBEZ radio reported Tuesday. U.S. Immigration and Customs Enforcement has a policy against making arrests in places of worship.

Marquina fled to the U.S. in 2015 seeking political asylum to escape paying extortion that drug cartels required to keep her business open. She waited four years for an immigration judge to deny her claim to remain in the U.S., she said.

“They don't care about my daughter’s life,” she said. “They couldn’t even bother to look at the documents I provided that say I can’t travel.”

The Rev. Jose Landaverde, a Chicago religious leader and immigration activist, said Marquina has a legitimate claim and will continue to fight her case. Marquina is one of dozens who have sought sanctuary in places of worship nationwide since Elvira Arellano started the movement in Chicago in 2006 by staying in a church with her son.

Marquina’s case, however, poses challenges. Her baby is due July 23 and she must leave the church to go to the doctor for the next two months. She is staying at the church with her family, a 16-year-old American son, a 14-year-old son who is also seeking asylum and a 3-year-old son who was born in Chicago.

“I don’t want to be separated from my children,” Marquina said. “I don’t want anything to happen to my baby girl on my way back.”