Chicago is one of the few cities blessed with two major league baseball teams to root for – or against. But back when the big leagues were young, Chicago was packed with semi-professional baseball teams – including one that beat both of Chicago’s major league teams.

Someone once mentioned to me that there used to be a ballpark in the Logan Square neighborhood. Is this true?

There was indeed a ballpark right in the heart of the Logan Square neighborhood between Milwaukee, Diversey, and Sawyer, just up the road from the iconic Logan Square monument. Logan Square Preservation President Andrew Schneider says that the ballpark’s home plate was just about where you might order a Big Mac at the McDonald’s that’s there today.

It was home to a semi-pro team called, appropriately enough, the Logan Squares. Semi-pro players shared in the proceeds from ticket sales or were paid to play, but didn’t make their living from baseball. In the early decades of the 20th century with pro ball in its infancy and no TV, literally hundreds of semi-pro and even amateur teams drew big crowds in Chicago.

The team got its start when a 31-year-old pitcher/outfielder named Jim “Nixey” Callahan retired at the height of his 11-year professional career with the Phillies, Cubs and White Sox to start his own semi-pro club at the height of the craze.

In the fall of 1905, he bought an old amateur field in Logan Square, built a grandstand and fence so he could charge admission, and started building his team.

Schneider pointed us to this memory of Logan Square Ball Park from a man named Thomas Dale, who grew up in the neighborhood: “It originally had two wooden stands, and the balance of the field was surrounded by a canvas fence. You could get in three ways: crawl under the canvas (although you were in danger of being brained by irate attendants); find a ball that had been popped out of the park (you presented the ball to Sarge, an ancient guardian with a tin star that was suspiciously of crackerjack nature); or most unorthodox of all, pay your way. Li’l Bob Figg, a genial overweight from the city hall, announced the batteries of the day in a foghorn voice.”

Many of teams in those days played independently of any league, barnstorming against teams of all kinds, but Callahan convinced nine other teams to form the Chicago City League, including Rube Foster’s African-American team the Leland Giants. It was noteworthy to us that in the age of segregated baseball, one of the teams in this league was African-American.

Callahan was, to say the least, a bit of an unscrupulous team owner and he got into trouble right from the start for signing players under contract to other teams – basically poaching talent. In those days, even if a player was suspended from a pro team or their contract had expired they were ineligible to just jump to another team because of something called the reserve clause. No problem for Callahan! He just fielded them under aliases, like the Phillies’ Moose McCormick who played for the Logan Squares under the name of Harrison according to an excellent history by baseball historian Brian McKenna.

What most raised the ire of pro baseball officials was that Callahan’s team was almost unbeatable and drew huge crowds. In 1906, they beat the proto-versions of both the White Sox and Cubs in post-season exhibition games after those teams had just played each other in the World Series.

To fight Callahan, pro baseball’s ruling body, the National Commission, penalized professional players for playing with or against the Logan Squares or other so-called “outlaw clubs” in 1908. Callahan struck back with a call for an investigation of the major leagues as a monopoly.

Despite their popularity, Callahan’s Logan Squares couldn’t keep the fans coming after Charles Comiskey built a stadium for his White Sox. In 1910, Comiskey and Callahan buried the hatchet. Callahan signed on as White Sox player/manager. Callahan later worked in the White Sox front office and managed the Pittsburgh Pirates. The ballpark was demolished to make way for apartment buildings in 1925. 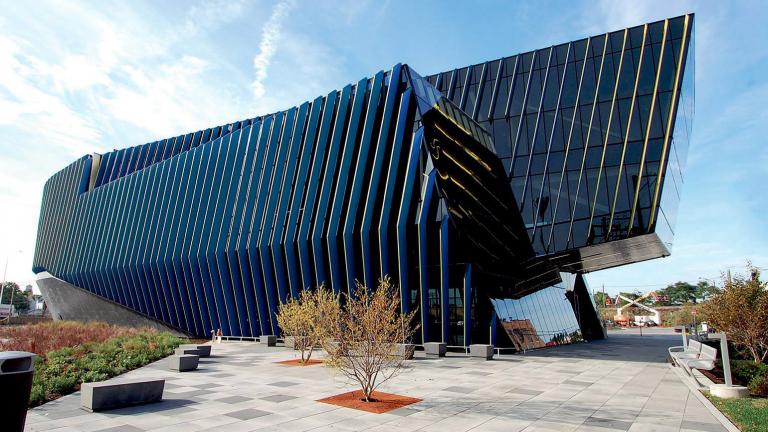