Kim Foxx has been Cook County state’s attorney for two years and is the first African-American woman to hold that post.

With more than 700 prosecutors, the Cook County state’s attorney’s office is the second-largest prosecutor’s office in the country. Foxx ran – and won – on a platform of being a reformer, expressing a desire to move the office from being “tough on crime to being smart on crime.”

One of the reforms Foxx is most pleased with is the changes in transparency.  “Our office is the first prosecutor's office in the country to release our case level data on an open data portal,” she said.

“Everything that we've done in the state's attorney's office or in my tenure –  and for the seven years prior to my tenure –  is available to the public to see: our charging decisions, who we charge, how we charge, sentencing (and) any disparities with that. So, the level of transparency is unprecedented,” said Foxx.

Another part of her reform agenda was to “to right old wrongs,” according to Foxx. Dozens of people wrongfully convicted have been exonerated and released under Foxx’s short tenure as Cook County State’s Attorney. “So far, there have been 66 convictions that have been vacated at this time,” she said.

Another shift under Foxx is a focus on gun crimes, which is by far the leading cause of homicide in Chicago, according to the Chicago Tribune.  Foxx has shifted her office’s resources to prosecute gun crimes and is working with Chicago Police Superintendent Eddie Johnson.

“One of the first things that we did was we said that we needed a unit dedicated to gathering intelligence on these gun crimes. So we took attorneys out of our courtrooms and put them into the two most violent districts,” Foxx said.  There are now prosecutors working with the CPD in the Englewood and North Lawndale police district to help law enforcement build stronger cases.

“We also meet monthly with CPD staff and go over our statistics over prosecution rates for gun crimes,” Foxx said.

Foxx is also keeping an eye on possible election irregularities in the 13th Ward where Ald. Marty Quinn, a Michael Madigan operative, is accused of obtaining fraudulent signatures to knock a 19-year-old challenger off the ballot.

“We've been in touch with the Board of Elections and we will see where the case proceeds from there,” said Foxx, who stayed fairly mum on that specific case.  “We have resources to monitor elections but we also have partners in the U.S. attorney's office as well who can help us with the corruption issues.”

Before running for state’s attorney, Foxx was chief of staff to Cook County Board President Toni Preckwinkle, and she served as an assistant state’s attorney for 4.5 years under her predecessor, Anita Alvarez, who Foxx beat handily.

Foxx joins us in discussion. 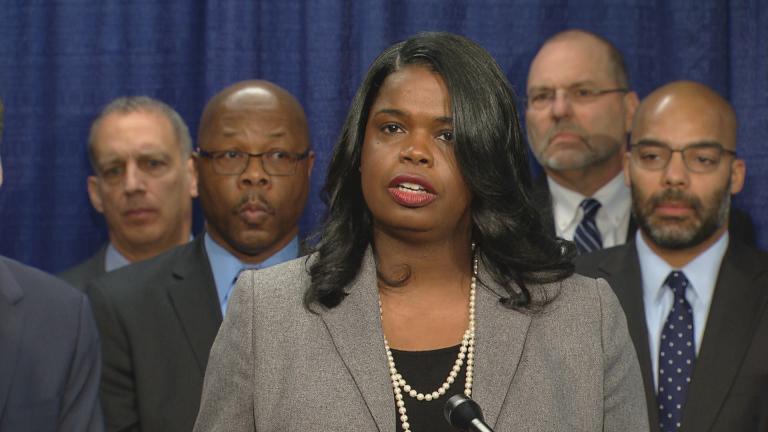